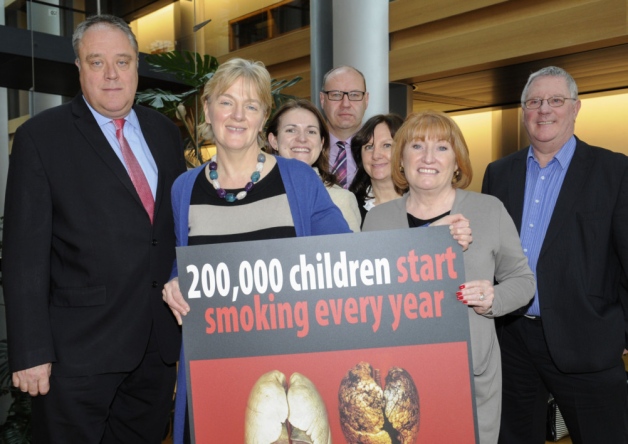 Labour MEPs have welcomed today's announcement that, despite a number of U-turns, the UK government has agreed to move forward with the plain packaging of cigarettes.

Questions have been asked, though, about why it has taken the government so long to back plain packaging, having secured a raft of Europe-wide measures as part of the Tobacco Products Directive, agreed by European leaders in April last year.

The EU measures already agreed mean two-thirds of each cigarette pack would have to be covered with graphic warnings. The Directive also removed an array of new tobacco products aimed at young people and women from the market, such as flavoured cigarettes and lipstick and perfume-style packaging.

Although the exact design of plain packaging is yet to be announced, the UK government is expected to build on the EU rules and remove all branding from the packs.

Linda McAvan MEP, who led for all MEPs on the Tobacco Products Directive, said:

"More than 200,000 children take up smoking each year - nearly 14,000 children between the ages of 11-15 are regular smokers in my constituency of Yorkshire and the Humber alone.

"The Tobacco Products Directive set the ground work for the government to take this final step. We have to do everything we can to make smoking as unattractive as possible and prevent the next generation from taking up this deadly habit.

"Every hour, it is estimated two children in the UK take up smoking. We cannot afford any further delays."

"Delays cost lives when it comes to introducing plain packaging. Labour MEPs have worked tirelessly on European legislation to prevent individuals from taking up this life threatening habit.

"Tobacco is the leading cause of preventable death and kills one in two regular smokers. I welcome the UK government's eventual decision to hold a vote on this issue before the general election.

"The UK Labour Party has already committed to introducing plain packaging if it wins power. This goes to show Labour truly is the party with the health and wellbeing of UK citizens' at its core."