Working people are better off and better protected inside the EU 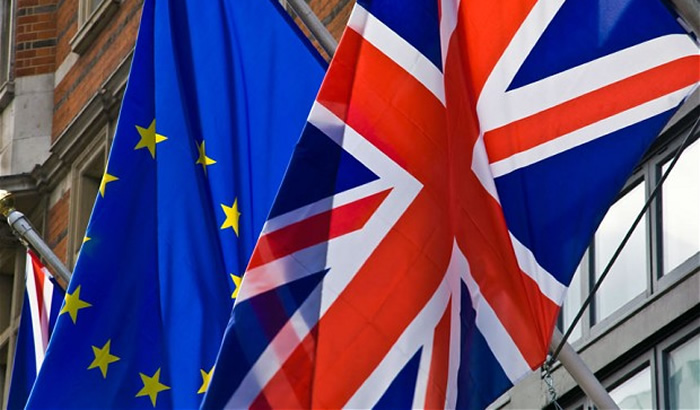 Jeremy Corbyn’s decision for Labour to campaign for Britain to remain in the European Union may surprise some on the left, but it is simply a recognition that working people are better off – and better protected – inside the EU, regardless of how David Cameron tries to undermine it, writes Glenis Willmott MEP.

The referendum will take place next spring. Or autumn. Or in 2017. Whenever the date may be, we need to be winning the arguments now, and making the case for In, because Nigel Farage and the Out campaign are already making their case, and indeed have been for years, with their hedge fund backers and friends in the right-wing press.

European Union membership helps the UK create jobs, secure growth, and encourage investment – 3.5 million British jobs are dependent on being in the EU, which accounts for a majority of our trade. Each family is £3,000 better off as a result of our being in the EUBeing in the EU also enables us to tackle cross-border issues where only through international action can we find a solution, issues like climate change, terrorism, tax havens and the current refugee crisis – Europe’s biggest humanitarian challenge since the Second World War. On all these issues we are better off cooperating and tackling them together, finding common solutions to shared problems.

There has been much talk of what the prime minister will achieve in his negotiations, most notably his agenda to undermine rights at work, major employment rights like a minimum four weeks’ paid holiday, a right to parental leave, and the same protections for part-time workers as full-time workers. We will work with our European colleagues to fight his attempts to do this, but in the unlikely event of it happening, whatever David Cameron does in his negotiations, there are no circumstances in which we’d be better off outside.

The best way to reverse any such changes is not by leaving the EU but by electing a Labour government in 2020. Whatever the outcome of the negotiations, walking away and exiting the European Union will only make things worse, for people in Britain and across Europe. Only by staying in and fighting, working together with colleagues from our centre-left allies, can we get the best deal for working people.

Just imagine what Britain outside the EU would look like – bilateral trade deals that are more neoliberal than EU ones, fewer employment rights, more and more privatisation… a Farage fantasy land in which working people are screwed over and the hedge fund fat cats get richer and richer.

Before, during and after the negotiations, Labour will continue to fight to put our values at the heart of the EU. And as Labour MEPs, working at the centre of the European Union, we will continue to strive for the best deal for working people, fighting hard to protect and extend social, consumer and environmental rights.

In the past few weeks alone, Labour MEPs have been leading the debate on how to tackle the refugee crisis, in the EU and further afield, and we have pressed the European Commission and national governments to act to ban zero-hours contracts.

Only by working together in the European Parliament, with the Commission and with other governments can we best tackle the biggest issues facing us, the issues Labour Party members care most about, from finding a solution to the current humanitarian crisis to protecting workers’ rights and safeguarding jobs.

We are the Labour Party. If we don’t stand for internationalism and solidarity, helping those in need, caring for our fellow man, working together to build a better world, we stand for nothing. Yes, it may not be perfect, and yes, it needs reform, but the European Union was founded on these values, and it is only by being a part of it can we improve the lives of working people not just in Britain but across Europe.