Tuesday 28 April is International Workers' Memorial Day (IWMD) and the UN's World Day for Safety at Work. This marks a time for us to pay our respects to the 100,000 people across in the EU and 2 million people worldwide who die every year because of their work.

The EU has played a vital role in creating Health and Safety legislation which protects millions of workers in Europe. For many people across Europe this is one of the EU's proudest achievements. Individuals deserve to be safe in their workplace and Labour MEPs continue to fight for the rights of British workers.

Most deaths are caused by occupational accidents or work related diseases, this is most often due to exposure to dangerous substances. To tackle this, Labour MEPs have called on the European Commission to rethink their approach to revising Health and Safety measures and have demanded that the revision of the Directive on Carcinogens is unblocked immediately.

"It is completely unacceptable that thousands of preventable deaths happen every year. Being protected in your workplace is a basic human right.

"I call on the Vice President of the Commission Frans Timmermans to take real action to protect workers from cancer and unblock the revision of the Directive on Carcinogens or Mutagens immediately."

In 2013 the Commission decided to suspend all ongoing initiatives in occupational health and safety legislation; a decision that has been highly criticised by trade unions and Labour MEPs.

The Carcinogenic Agents Directive has been under revision for 10 years. In response to this unacceptable delay the focus of this year's IWMD is removing exposure to hazardous substances in the workplace.

"The Commission’s new Strategic Framework on Health and Safety has nothing on carcinogens, asbestos, blacklisting or the list of occupation diseases. Health and safety’s not red tape; it’s life and death. This Commission talks a good game, but so far that’s all.

"As we commemorate those who have died at work, how about some real action from the Commission to save future lives?” 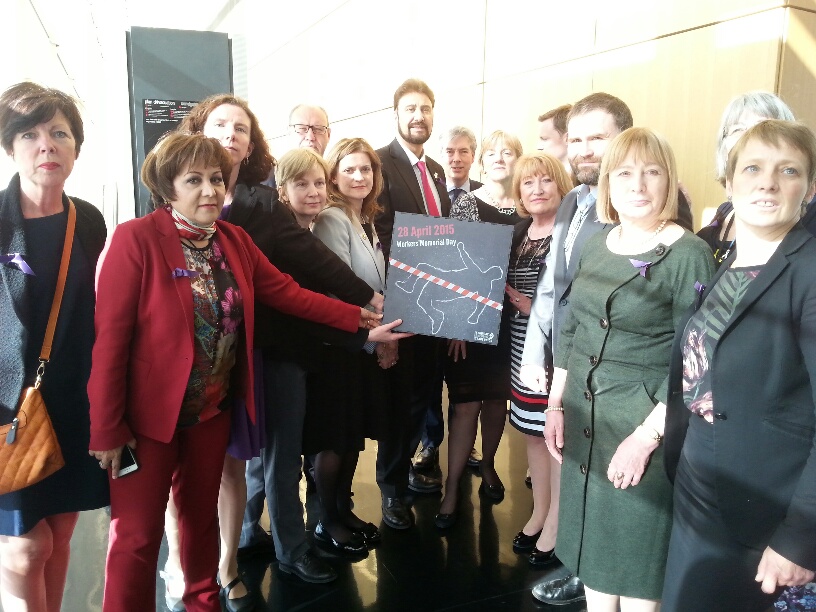