Workers' rights, trade policy, even the death penalty... Tory MEPs' votes this week are a harbinger of how bad a Tory Brexit will be 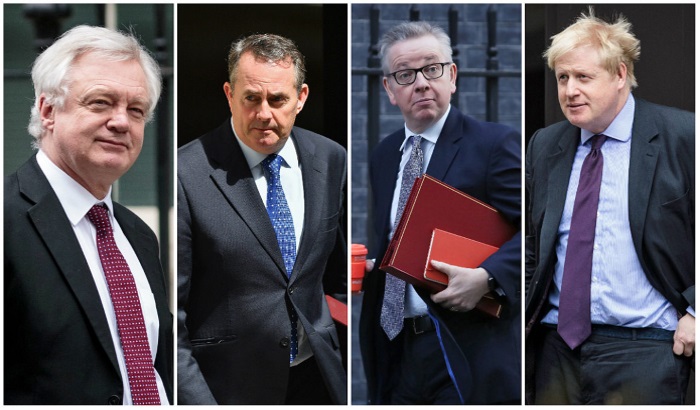 This week was a significant one in the European Parliament, as it voted in new laws and backed measures that will strengthen workers’ rights, protect trade and jobs and safeguard the environment – measures Tory ministers and Tory MEPs failed to back, once more revealing just how damaging the Tory Brexit, that we are currently lurching towards, is shaping up to be, writes Richard Corbett MEP, Labour’s Leader in the European Parliament.

Unlike the UK government, the EU is actually taking action to tackle key issues people care about. This highlights how the EU can be used to address concerns and enact progressive policies. Shamefully, however, the Tory government has sought to water down and outright block many of these progressive measures, and Tory MEPs voted against them in the European Parliament this week.

Key amongst this week’s votes was the revision to rules on posted workers - employees sent by their employer to carry out a service in another EU country on a temporary basis. By voting against these progressive reforms, the Tories have shown they cannot be trusted to protect and enhance workers' rights, and that a Tory Brexit could lead to a lowering of employment standards that would bring misery to millions of working people. Labour MEPs believe the UK government must implement the new laws immediately, and not diverge from them after any Brexit.

And on trade defence measures against unfair competition, not least in the steel industry, the Tory opposition to EU action is a further sign of things to come under the Tories - industries hit, jobs lost, communities badly hit. They would leave Europe bereft of any powers to counter actions such as those taken yesterday by Trump.

So, in full, here is the Tories’ Strasbourg rollcall of shame:

MEPs approved new EU laws on the posting of workers that brings in the principle of equal pay for equal work in the same place. This will help to address concerns about the exploitation of migrant workers and undercutting of local workers. There are more than two million posted workers around Europe, many in construction, agriculture and transport logistics, where exploitation is rife. In the UK, the revision of the Posted Workers Directive is particularly important for the construction sector, as the legislation will allow the universal application of the ‘Blue Book’ NAECI national agreement for the first time.

The Tory government did not back the proposals in Council and Tory MEPs voted against the reforms.

Zero-hours contracts: Following a petition by EU citizens, including British McDonald’s workers, the European Parliament voted for a resolution requesting the Commission takes firm action to tackle precarious employment, including the use of exploitative fixed-term contracts. Over the last few years we have seen a huge increase in the number of companies employing people on zero-hour contracts. Companies like McDonalds are putting employees on contracts without maternity leave, paid holiday or redundancy.

Tory MEPs voted against the resolution calling for EU action on zero-hours contracts.

Trade defence: MEPs voted to strengthen the EU’s trade defence measures to protect EU industries from unfair trade practices, like the dumping of cheap Chinese steel onto the market. These new measures will help Britain's steel industry and save steelworkers' jobs by putting the brakes on the glut of cheap, subsidised imports from countries like China that have distorted the market. For the first time, social and environmental factors will be taken into account when determining if an unfair trade practice has occurred.

EU-US trade: The European Parliament this week urged the Commission not to back down from taking action against the US in response to tariffs on steel and aluminium imports imposed by the Trump administration. The ‘national security’ grounds for imposing these tariffs have no basis in law and should be challenged in the WTO - they are a flagrant breach of the rules and are being used to try and bully the EU, and others who face tariffs, into accepting the US’s terms of trade, and will cause huge damage.

Tory MEPs seem closer to Donald Trump than British steelworkers, saying Britain and the EU should not defend ourselves against the tariffs.

Death Penalty: And as if all the above wasn’t a bad enough harbinger of how the UK might look under a Tory Brexit, some Tory MEPs even voted against an amendment in a report on human rights in Sudan that expressed “strong opposition to the use of the death penalty in all cases and under all circumstances”.

It seems some Tories disagree that “the death penalty violates human dignity and constitutes cruel, inhuman and degrading treatment”.

As the EU continues to move in a more progressive direction, in the UK we risk going backwards under a hard Tory Brexit with fewer jobs, reduced rights and lower standards. This is not what people voted for and is not in the interests of Britain or the rest of the EU, and that is why we must and will continue to hold the Tory government to account and fight this damaging and disastrous Tory Brexit.