Labour MEPs: If EU leaders do not act against Orbán it will embolden others to emulate his extremism 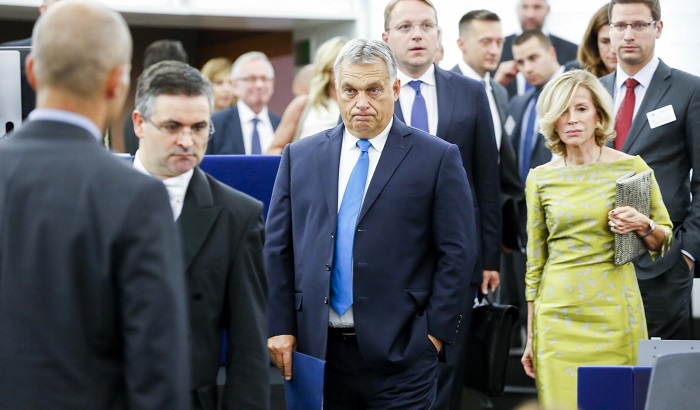 Labour MEPs have urged the European Parliament to vote tomorrow for a proposal calling on the Council to launch infringement proceedings against Hungary for its persistent and blatant breaches of EU values, warning that inaction will embolden every emerging extremist in Europe to follow its policies.

The government of Viktor Orbán has been clamping down on rights and freedoms, attacking its own citizens and especially migrants – and recently introduced the so-called 'Soros Law' that gives the state powers to directly criminalise support for asylum seekers.

There are grave concerns over the functioning of the constitution and the electoral system, the independence of the judiciary, the rights of judges, corruption and conflicts of interest. There are fears over freedom of expression, academic freedom and the fundamental rights of migrants.

Two-thirds of votes cast tomorrow are needed for the proposal to carry. If successful, it will then go to Council, which requires a qualified majority of four-fifths for infringement proceedings to start.

Claude Moraes MEP, chair of the European Parliament civil liberties, justice and home affairs committee, which is the responsible committee for launching the Article 7 procedure, said:

“MEPs have the opportunity tomorrow to stand up for democracy, freedom and equality, for human rights, for migrant rights, for a free press and impartial judiciary - for the EU’s fundamental rights and values.

“The European Parliament must send a clear message that it has the will and the means to act when there has been a serious and systematic breach of European values, attacks on migrants and journalists, the persecution of campaigners and the undermining of justice.

“National leaders can no longer turn a blind eye to what is going in Hungary. We urge member state governments to stand up for our common values and prevent others from following the example set by Orbán's government.

“We need to send a clear and unambiguous position to EU leaders that the EU's values, fundamental rights and the rule of law must be upheld in all EU countries.”