UKIP are the party of vested interests and tax cheats, not “the little man” 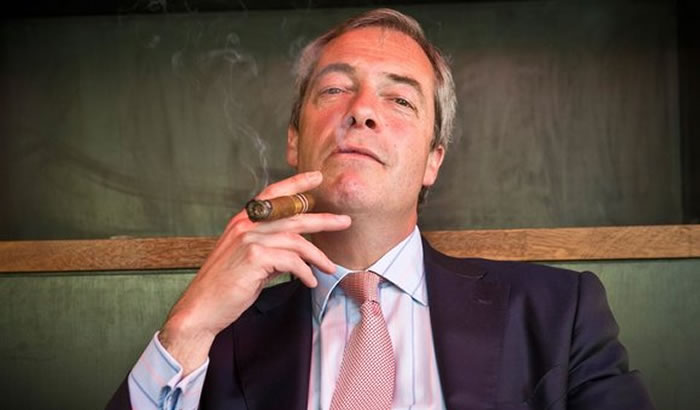 This week Nigel Farage claimed UKIP was the only party “standing up for the little man” - at the same time his MEPs were voting for vested interests and greedy tax avoiders against the interests of the “little man”, writes Glenis Willmott MEP.

In the week tax dodging dominated the headlines, UKIP MEPs voted against European action to clamp down on the practice, opposing the setting up of a special committee aimed at uncovering tax evasion and tax avoidance throughout the EU.

The very day Mr Farage claimed to be on the side of “the little man”, his MEPs were on the side of tax avoiding companies rather than hard working people - measures even the Conservatives supported, showing once again UKIP are more Tory than the Tories.

And it’s not just on tax that UKIP aver one thing and act the opposite, on food safety, they failed to support calls for legislation to prevent consumers being misled on the origin of their food - despite country of origin labelling being one of the policies in their “100 days till the election, 100 reasons to vote UKIP” document published just last month.

Country of origin labelling is currently only mandatory for fresh meat, and it is Labour MEPs, not UKIP, who have led the European Parliament’s calls to put the interests of the consumer first and extend labelling transparency to include processed foods as well.

On law and order, as well, UKIP are not on the side of the “little man”, the victim of crime, the family seeking justice. Nigel Farage’s MEPs voted against a resolution making it easier to catch overseas drivers who commit offences in the UK.

The procedures - including the facilitating of the cross-border exchange of information on offences such as speeding and drink-driving - would make it easier to trace drivers of foreign-registered vehicles who commit such offences within the UK. But of course, any kind of cooperation with our European partners is Haraam for UKIP, to the extent they will vote against measures that will make our roads safer.

Some Tory MEPs also voted against the road safety measures, with others abstaining.

And speaking of the Conservatives? Well, this week, David Cameron and George Osborne hosted the Tory Black and White Ball, where the super-rich broke bread with the merely rich to donate millions to the Conservative Party; there were questions over Lord Green’s tax affairs; there were questions over Lord Fink’s tax affairs; and more concerns over the party’s health and education policies.

Messieurs Farage and Cameron, all in it together, standing up for the little man. Toodle pip and Tally ho!

Glenis Willmott MEP is Labour’s Leader in the European Parliament

This blog originally appeared on LabourList