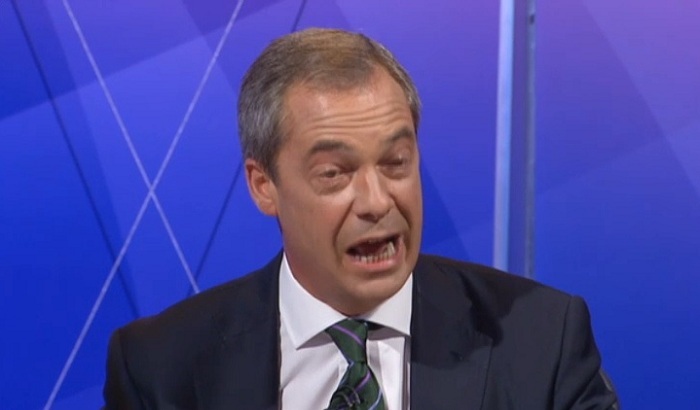 It's not just in word but deed that UKIP's mask slipped again this week, writes Richard Corbett MEP.

Plenty of coverage has been given to Nigel Farage's shocking remarks about scrapping Britain's anti-discrimination laws, less so to UKIP's recent voting record in the European Parliament.

Mr Farage's MEPs failed to support proposals for greater gender equality, including the Istanbul Convention on the prevention and combating of violence against women; voted against capping credit and debit card fees, which will save British businesses and consumers millions; and were split on calls to phase out precarious employment, like zero-hour contracts.

The UKIP leader also spoke out in support of Vladimir Putin in a debate on the murder of Russian opposition leader Boris Nemtsov and the state of democracy in Russia, blaming the EU for the crisis in eastern Ukraine. Quelle surprise.

UKIP's record on women's rights speaks for itself, and this week Nigel Farage's MEPs added to that roll of shame by not voting for the 2013 EU progress report on equality between women and men, which called on the European Commission to encourage national ratification of the Istanbul Convention, which aims to eradicate and prosecute all forms of violence against women.

On the vote for a new EU law implementing a cap on credit and debit card transaction fees - a measure that will save UK businesses and consumers £480 million a year - they voted against. For debit cards, this cap will be at 0.2% of the overall value of the transaction, and for credit cards it will be 0.3%. The legislation will come into force in September 2015. No thanks to UKIP.

And on calls for Member States to combat precarious employment, including zero-hour contracts, the majority of UKIP MEPs voted against. In contrast, Labour MEPs not only backed that report but were pushing the Commission to act.

While UKIP do nothing but whinge and whine and vote no to everything, Labour MEPs are speaking out, airing concerns and seeking change. This week I told European Commission President Jean-Claude Juncker we need a fairer system on posted workers; an EU that will take action in tackling precarious employment; and an EU willing to take action to end the scourge of zero-hour contracts.

UKIP MEPs shout and get nowhere; Labour MEPs behave and act constructively. It's clear who gets the best deal for our constituents.

On equality, on employment, and on the economy, UKIP are wrong, wrong, wrong. The People's Army? This week proves once again they are divisive, dangerous and damaging to the interests of businesses, workers and society.