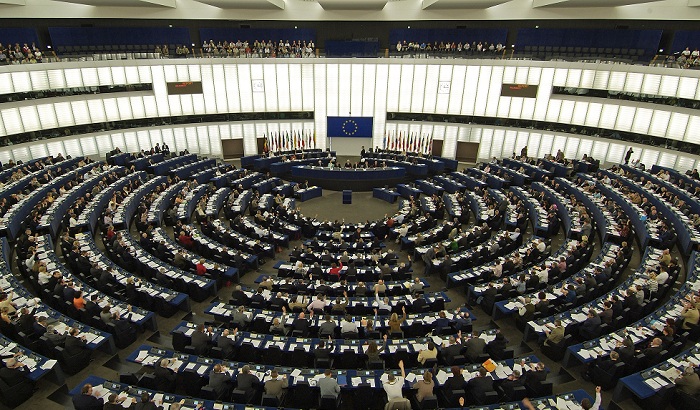 UKIP have joined forces with even more extreme allies in a bid to resurrect their European Parliament group.

Polish MEP Robert Jaroslaw Iwaszkiewicz has been quoted as defending domestic violence, while the leader of his Congress of the New Right party, Janusz Korwin-Mikke, appeared to claim there was no proof Hitler was aware of the Holocaust.

Korwin-Mikke also reportedly questioned whether women should have the vote, and attacked the Paralympics, saying people needed to watch "healthy, beautiful, strong, honest and intelligent people" on TV rather than disabled people.

"Nigel Farage's desperate attempt to resurrect his group has seen him sink to an all time low. The views expressed by his new allies are sickening even by UKIP standards.

"For all the facade of the rosy cheeked, jovial pinstripe, these developments highlight once again the dark heart of UKIP and the cynicism of Nigel Farage."