From nukes to Nazis, Ukip's EP votes and speeches this week once again show them for what they are, say Labour MEPs 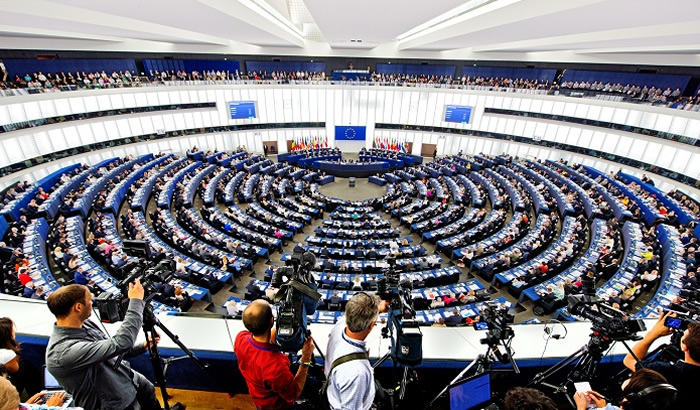 Ukip’s votes and speeches in the European Parliament this week have once again shown them for what they are, on everything from their leader’s claim the EU is based on a Nazi plan for European domination to voting against calls to make it easier for the UN to act against war crimes and uphold the Iran nuclear deal, Labour MEPs said.

Today, Ukip’s MEPs voted against a report calling for reforms to the UN, including limiting the use of the Security Council veto in cases where there is evidence of war crimes and crimes against humanity. Ukip also voted against calls to uphold the Iran nuclear deal and to pressure the US to back it.

And Ukip also opposed calls for the Organisation for the Prohibition of Chemical Weapons (OPCW) to receive more funding and enhanced powers to bring the perpetrators of chemical weapons attacks to justice.

Ukip leader Gerard Batten, meanwhile, yesterday said the EU is based on a Nazi plan to rule the continent if they had won world war two and that the EEC was a “Nazi legacy”.

“Voting against the report on the UN reforms, in particular reforms to make it easier for the UN to act against war crimes, Ukip have once again revealed their inhumanity and indifference to suffering, while by opposing the Iran nuclear deal they’ve shown themselves up to be as ill-informed and ignorant of the consequences for peace as the likes of Donald Trump and John Bolton.

“And in voting against more money and power for the UN’s chemical weapons monitoring watchdog, the OPCW, Ukip have again shown they’re closer to Vladimir Putin than the people of Britain, in particular my constituents in Salisbury, who are once more in a state of fear following the latest novichok poisonings.

“Given the Kremlin’s opposition last week to OPCW having the authority to assign blame for chemical attacks, Ukip’s vote against stronger powers for the OPCW does nothing to allay growing concerns about links between the Russian government and key players who campaigned to leave the EU.”

“Ukip leader Gerard Batten's comments this week were, as they always are, completely unacceptable - a mix of paranoia, fantasy and historical revisionism with their trademark topping of xenophobia. With their odious comments and regressive votes, Ukip and Batten have shown once again that they are an embarrassment to Britain and a complete waste of time and money.”