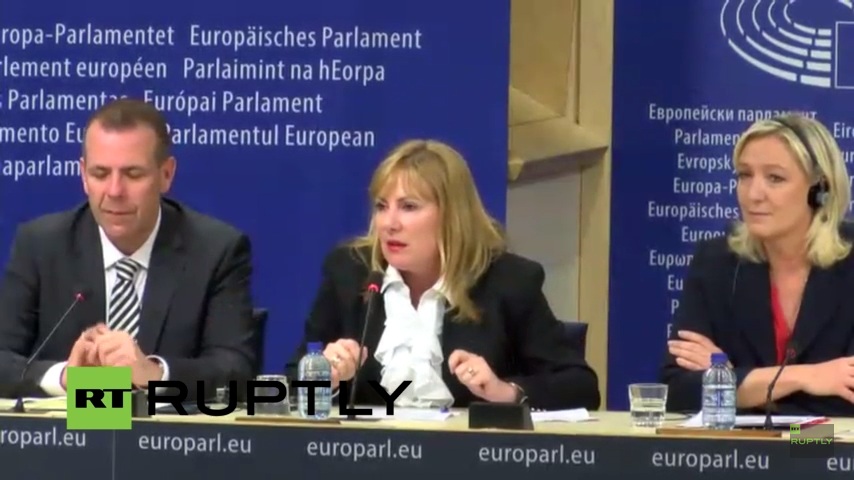 Labour MEPs have condemned today's formation of a far-right Group in the European Parliament, made possible by the defection of a former UKIP MEP.

Until now, Marine Le Pen's Front National have not been able to create a political group, but with Janice Atkinson - elected as a UKIP MEP last year - joining them they reach the threshold of having MEPs from seven different countries, required to form a group.

The creation of a group means that they can get access to more than €17 million over the next four years, and places on parliamentary committees.

"This is a dark day for Europe. Extremists from across the EU have laced up their boots and marched into an alliance, securing funding and power.

"People in the South East who voted for Nigel Farage have ended up with Marine Le Pen.

"Only last week UKIP MEPs stood up in defence of Front National to block amendments calling for greater transparency in regards to party funding - and now their former MEP Janice Atkinson sits shoulder-to-shoulder with Le Pen and her axis of hate."

"I know that people the length and breadth of the South East of England, from Milton Keynes to Margate, will be furious that one of their elected representatives has thrown her lot in with Marine Le Pen and the French far right.

"The South East did not vote for racism and yet that is what we are getting.

"I hope Nigel Farage will look far more carefully in the future at how UKIP selects candidates. Not only have two UKIP MEPs been imprisoned for fiddling their expenses, now one is helping bankroll the far right with taxpayers' money."