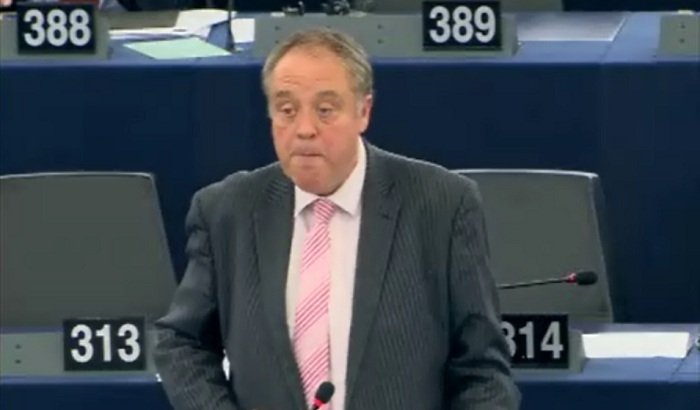 A Labour MEP told the European Parliament today the UK government had serious questions to answer over the export of tear gas to China.

This year, seven export licenses have been issued for British companies to export £180,000 of tear gas and CS gas to Hong Kong, where the Chinese authorities have been clamping down on pro-democracy protesters.

"I am concerned that my own country, which is party to the 1984 Sino-British Joint Declaration, has chosen to grant seven export licenses to export £180,000 of tear and CS gas to Hong Kong up to March this year, which is surely being used against the protesters.

"And whilst I respect one country, two systems, I find it shocking that a country run by a Communist Party appears to be advocating a system which brings representation only to those with wealth and privilege."

Protesters have accused the government in Hong Kong of "mobilising and paying" for violent mobs who have attacked them, are backing plans to restrict voting to the top half of the population earning above $1800 per month and that the students say negotiations are producing "not even close" to what they want.

"Kristine told me that the police are beating the protestors. One of her friends was taken to what she called a dark corner and was beaten by no fewer than seven policemen. Her friends' heads are bleeding, she told me.

"The umbrella is not just a symbol of the protest, she said. It is the only defence they have against the widespread use of pepper spray and tear gas, which she told me she believes have been exported to Hong Kong from my own country, the United Kingdom.

"Kristine said that the portrayal from Beijing that their protest is a revolution inspired by the West is a total myth. She asked me to make clear that the West is not trying to overthrow the Government but to say on her and their behalf that democracy must be universal. Today I endorse those messages."