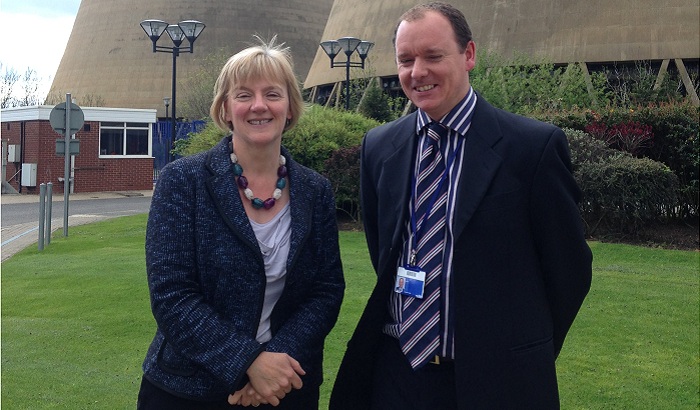 Three hundred million euros will be awarded to the White Rose Carbon Capture and Storage (CCS) project at Drax power station in Yorkshire. Once up and running, it will generate enough low carbon electricity to power 630,000 households and is expected to create around 4,000 jobs by 2020.

Labour MEP for Yorkshire and Humber, Linda McAvan, was instrumental in establishing the NER300 fund with cash generated from the sale of carbon permits as part of the EU's flagship Emissions Trading Scheme.

Ninety per cent of the C02 produced by the plant will be captured and pumped along 100 miles of pipeline to be permanently stored beneath the North Sea.

"Riding high on the back of the 'Grand Depart', Yorkshire has scored yet another European coup.

"I am delighted to see the EU is investing in the White Rose project. As well as the immediate jobs the CCS project would create, the potential to export this technology, once developed, could bring untold economic benefits to Yorkshire and the Humber.

"CCS technology is essential if we hope to meet ambitious climate action targets and reduce the amount of carbon being released into our atmosphere.

"Yorkshire is the UK's most energy intensive region making it ideally suited to the development of CCS with a cluster of large emitters of carbon and plenty of off-shore storage space."