While UK is beset by Tory Brexit chaos, socialists in rest of EU shape the future 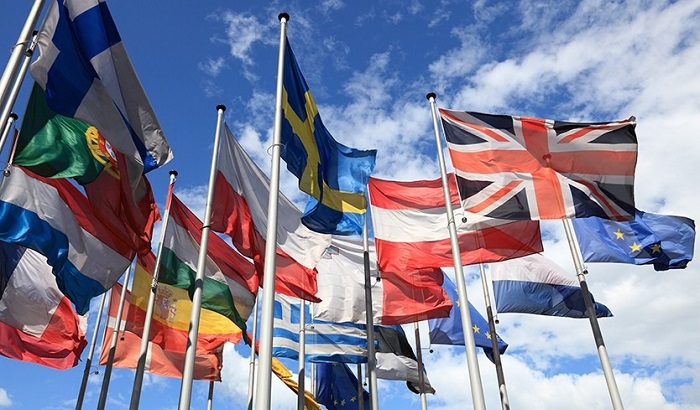 With the UK Tory government in chaos, Europe’s socialist parties and leaders are getting on with the business of governing and campaigning for real change that will improve citizens’ lives, not imperil them as Brexit will do, writes Richard Corbett MEP, Labour’s Leader in the European Parliament

While the UK is paralysed by Brexit, epitomised by Theresa May’s pulling of the meaningful vote on her Brexit deal, socialist parties and governments across the EU and within the European Parliament are looking ahead to the European elections with policies that will tackle many of the concerns of people who voted for it.

Fighting tax avoidance; combating climate change; enhancing workers’ rights... from jobs and rights to trade and the economy, from climate change and environment to taxation and security, leaders from Europe’s socialist parties, including prime ministers and party leaders, met this weekend to agree the campaign priorities for the European elections - and unlike in the UK, they’re not obsessed by Brexit.

Jeremy Corbyn, myself and other Labour representatives joined our socialist colleagues at the Party of European Socialists Congress in Lisbon this weekend to discuss the issues people care about, especially issues that can only be tackled effectively with cross-border cooperative action.

And we also clarified that Socialist priorities at national level are compatible with EU membership and single market rules. The Portugese socialists and prime minister António Costa, praised by Jeremy in his speech for starting “to turn the tide of failed austerity economics”, offer the ultimate proof that anti-austerity economic policy is perfectly possible as an EU member state.

Across Europe, there is of course concern over Brexit, fears over what it means for the rest of the EU and a desire for it not to happen, but for our colleagues their priority is to look to the future and next May’s elections, coming up with answers that will solve the social and economic problems facing their citizens, not exacerbate them as Brexit will do.

Indeed, while all eyes will understandably be on the chaos and confusion at Westminster and on Brussels for the EU’s reaction, this coming week in the European Parliament in Strasbourg offers a snapshot of what we and our socialist colleagues are working on, with progressive legislation that will benefit the many set to receive the backing of MEPs, including:

As can be seen, the policies being voted on in the next week alone will enhance worker and consumer rights, protect jobs and grow the economy, and make the economies of Europe fairer by clamping down on corporate tax dodging. Policies that our socialist colleagues will seek to build on in the future – policies which really do address some of the concerns of those who voted for Brexit – policies working people in the UK risk missing out on.

And as Frans Timmermans, our socialist candidate for European Commission President, told the PES conference in Lisbon at the weekend, since the referendum “the EU has changed”, with those currently advocating Brexit, especially those on the left, needing to answer the question: “Can you achieve what you want more easily as a member of the EU family or on your own?”