TTIP is yet to be written, we need to seize the pen 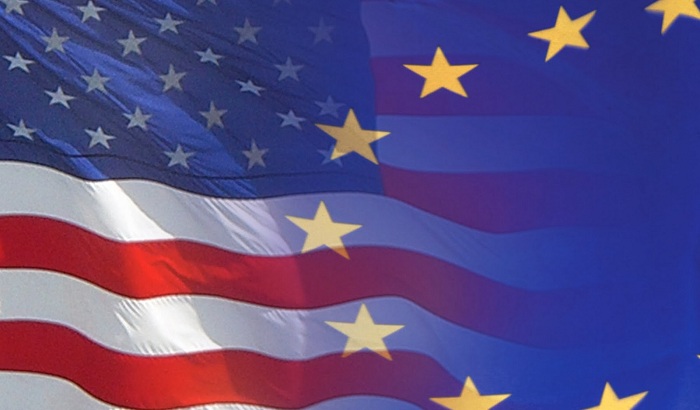 It could create jobs, lower the cost of everyday household items and open thousands of new opportunities for business in the UK. That’s what we know a trade deal with the US could do. And that’s why Labour is prepared to give negotiations a chance, writes Jude Kirton-Darling MEP, Labour's European spokesperson on international trade.

However, we also know that trade talks can go badly wrong for consumers and workers, and that’s why we are actively involved to ensure that our concerns are addressed at this stage before any text is drafted.

Because we care, we have been listening to everyone who has something to say about Transatlantic Trade and Investment Partnership (TTIP). We’ve engaged with thousands, and will talk to thousands more as the negotiations go on. We’ve heard concerns about the threat of corporations taking over and the privatisation of the NHS. This is not just a matter for MEPs, Parliament will debate the NHS and TTIP this week. We’ve been told about the risk to the water that we drink and the food that we eat. We’ve also heard the anger of those who feel left aside, even though their lives could be dramatically affected by a deal.

These concerns are our concerns. So we are doing what we can to find solutions, turn anger into resolve and deliver tangible results that we can all trust.

Sadly, the Coalition government’s understanding of the TTIP stalls at the sight of its promises. Instead of trying to get it right, they have put “rocket-boosters” under the deal and signed off with both hands, before it is even drafted.

On hearing the Coalition speaking about TTIP, one can only conclude that they are unable to understand the legitimate concerns of those that rely on the NHS for their health, and need the rule of law and democracy to protect them. They say ‘there’s nothing to see here’ when we can all see the potential threats to what we cherish.

As the European Labour Party spokesperson on TTIP, I am scrutinising its development very closely, and tasked with raising the alarm wherever I spot a potential danger. I’ve been talking to TTIP negotiators. I want to make sure that, unlike the Coalition government, the negotiators cannot ignore your concerns.

I can see that this message is starting to be heard. We are making progress on transparency with an unequivocal commitment of the new European Commission to go beyond previous practices. We are also moving on the contentious arbitration mechanism: Investor-State Dispute Development (ISDS). Where we once faced a solid wall of denial about the dangers of ISDS, we can now see widening cracks in the defence of this system of private justice for multinationals. Finally, a thorough debate has started on TTIP and loud voices have already spoken in our favour.

We still have a long way to go until the negotiations are concluded. However, because TTIP is yet to be written, this means we have an opportunity to seize the pen. The Tory-led Coalition is not interested in the details, and even if they were, it’s been a while since they have been listened to in Europe. So let’s make do without them, and try to get the deal right.

Rightly, people have many questions; let me know yours and you can count on a response.

This article originally appeared on LabourList.