An EU-US trade deal that delivers for working people 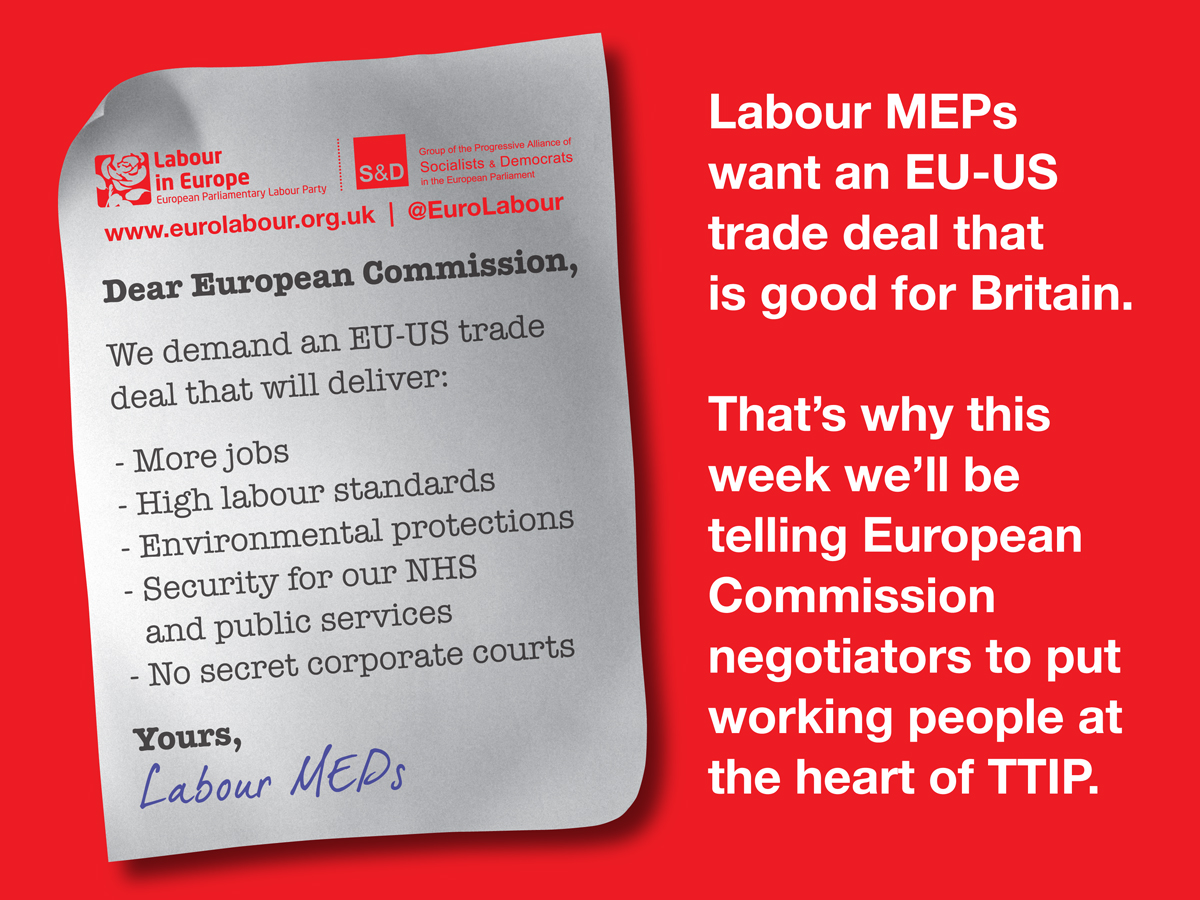 The EU is currently in negotiations with the United States regarding a formal trade treaty known as the Transatlantic Trade and Investment Partnership, commonly referred to as ‘TTIP’.

TTIP could bring huge benefits to European economies by providing new jobs, promoting new business opportunities, increasing competition and lowering prices for consumers. It has been estimated that TTIP could benefit the UK economy by billions of pounds each year.

Labour MEPs agree with the principle of increasing trade with the US, but believe that this must be on the right terms. As well as fighting for strong environmental standards and social protections to be included in TTIP, Labour MEPs have consistently opposed controversial proposals for secret corporate courts (known as investor-state dispute settlement, or ISDS).

In recent months Labour MEPs have worked hard to protect public services. As a result of these efforts, the European Parliament has instructed EU negotiators to ensure a complete exemption for all public services, including the NHS.

Labour MEPs will continue to follow the progress of negotiations and work to ensure that TTIP represents a good deal for Britain.