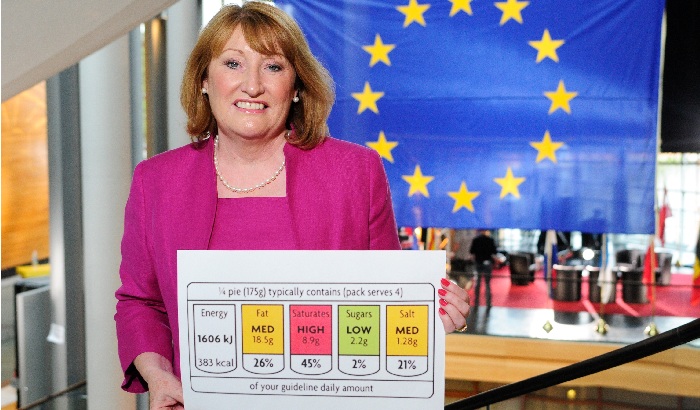 Glenis Willmott, health spokesperson for Labour MEPs, has defended the UK's traffic light food labelling scheme amidst plans to refer it to the European Court of Justice tomorrow.

"I strongly condemn attempts to stop the traffic light scheme through a spurious legal case.

"After heavy industry lobbying defeated my proposals for EU-wide traffic light labelling, some in the industry are now trying to stop a perfectly legitimate national scheme.

"The EU legislation is clear that individual countries can implement voluntary labelling schemes, which is exactly what is happening in the UK. Whilst a lot of retailers and some producers have signed up, nobody is forced to. Similar schemes exist in other EU Member States, such as the keyhole scheme used in Nordic countries."

However some EU countries, as well as the Italian industry commissioner, have objected to the scheme, saying it will affect the internal market and impact negatively on their produce.

"The easiest and most effective way to implement the traffic light scheme with legal certainty would be through EU legislation, and I think this is something we could still achieve in the future.

"Consumers like the traffic light scheme because it gives them the information they need to make quick, informed decisions. If we're serious about tackling obesity and related diseases like heart disease, cancer and diabetes, then we need to be transparent about what is in our food."