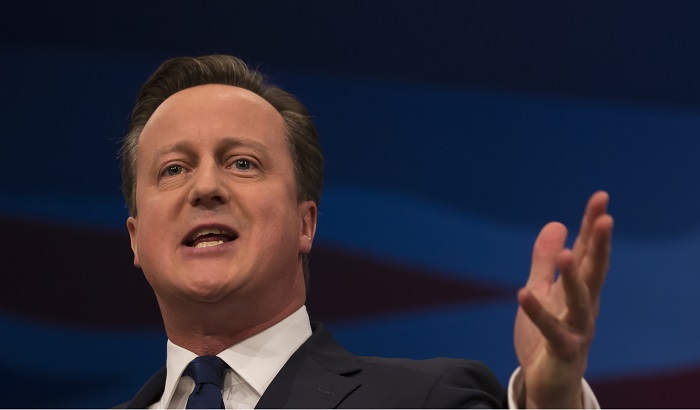 The fawning coverage of David Cameron’s conference speech this week may mislead some to believe he and the Tory Party are somehow the ‘new progressives’, a tolerant, open-minded, forward-thinking bunch... yet if one were to shine a spotlight away from Manchester and on to Strasbourg, the voting record of his MEPs would illustrate the complete opposite, writes Glenis Willmott MEP.

This week, Conservative MEPs showed their party’s true colours and revealed where they really stand, especially on equality.

In the UK, women earn just 81p an hour for every pound a man earns – the sixth highest gender pay gap in the EU – while across Europe the gender pensions gap stands at 16 per cent. And the Tories’ answer to these shocking statistics? While Labour MEPs want true equal pay, and for companies that discriminate against women to be held to account, Conservative MEPs oppose action.

This week, David Cameron used his conference speech to say he doesn’t want his daughters to grow up “in a country where they get paid less because of their gender rather than how good they are at their work”; a day later, his MEPs voted against a report calling for action to combat that depressing reality.

And it doesn’t stop there. Conservative MEPs failed to support Labour-led efforts to ensure the EU places gender equality and women’s empowerment at the top of its development agenda.

Unlike the Tories, Labour MEPs believe combating the scourge of violence against women, promoting universal access to health services, and ensuring equal economic and political participation are some of the key aims of EU development policy which can and must be met.

Does David Cameron’s party agree that it is simply unacceptable that today, in 2015, women and girls the world over continue to be discriminated against in education and employment and are denied access to their basic health and reproductive rights? Or, given his MEPs ‎failed to back calls to put this agenda at the heart of EU international development policy, does it not?

And we’ve seen it in Westminster as well, as the Tory record in government lays bare – widening gender inequality as a result of their obsession with austerity.

Women will be hit more than twice as hard as men by measures announced in George Osborne’s most recent budget, which will take £9.6 billion net a year from families in direct taxes and welfare changes, the vast majority of which – £7bn – would be from women, even though women still earn less and own less than men.

Cuts to social security. Cuts to legal aid. Cuts to tax credits. Cuts, cuts, cuts, all contributing to a society in which the status of women is being cut away, while the government has found space for tax cuts for the rich.

As we remember the struggle of the Suffragettes one hundred years ago, a battle recalled in cinemas up and down the country this week, the fight goes on, in Britain and across the world. At home and abroad we must, and will, continue to lead the fight for equality, the fight against injustice, so that there will come a time when all our daughters earn the same as their male colleagues, a time when equality is more than a word, when equality is a reality.