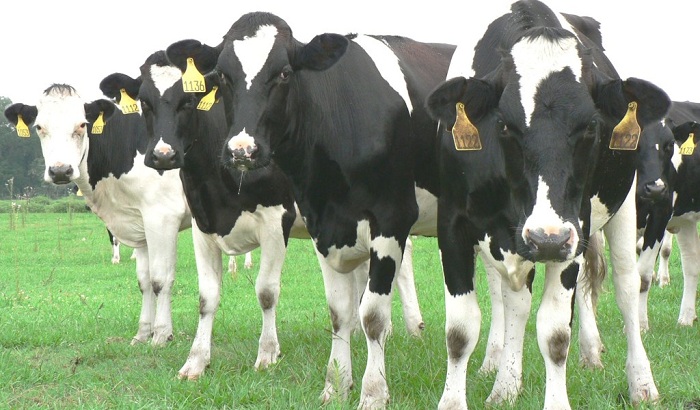 Conservative MEPs voted today for a return to supply management of the dairy sector, including subsidies, quotas and market intervention.

Tory MEPs backed a report on the EU dairy package, which includes support for subsidies for farmers to voluntarily reduce their production; introduction of new supply management tools; and calls for an increase of the intervention price and the enabling of export refunds.

Labour MEPs voted against the report.

"We are surprised the Tories voted in favour of a report that openly undermines the free market arrangements in the dairy sector by making the case for a return to supply management of the sector and thus undermining the credibility of their own work in the European Parliament.

"The definitive phasing out of milk quotas in April this year marked a success of years of hard work to bring competitiveness and efficiency to one of the key sectors of the EU's rural economy. The end of milk quotas marked a beginning of a new era of productivity and fairness for farmers.

"Instead of trying to focus on viable solutions, the Tories and the Liberals chose instead to make an irresponsible case to get back to market management and intervention. It was even more surprising to see some Eurosceptic Tories voting for the European Commission to effectively commit more funds to market-distorting intervention."

To support dairy farmers, Labour MEPs are calling for government action to strengthen the powers of the Groceries Code Adjudicator to defend farmers' interests against supermarkets driving down farm-gate prices, and for greater consumer action.

"Only a fair price paid to farmers can ensure proper food safety and animal welfare standards are observed. Back in the 1990s British customers demanded supermarkets stock goods carrying the Fair Trade Mark, in order to support farmers in the developing world.

"They could make a similar difference in relation to British dairy farmers, by putting pressure on supermarkets to ensure a fair price for British milk and dairy products. This way customers can make rational choices instead of being involved in exploiting the farmers.

"Farmers are at the heart of our rural communities, tending the land, growing crops and literally putting food on our tables. Everyone, from Commissioners to consumers, must act to ensure they get a fairer deal."