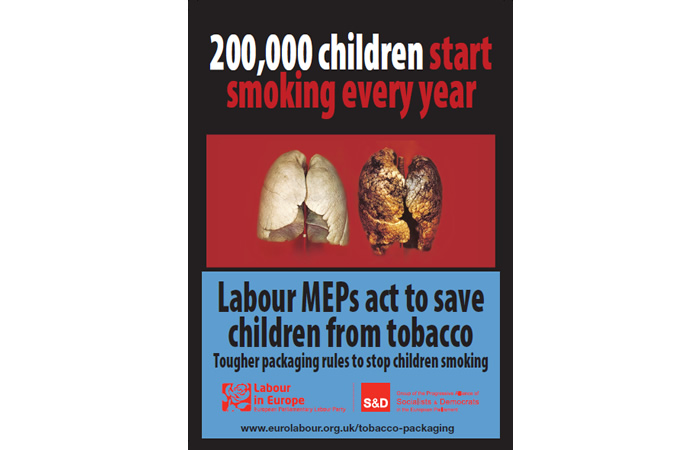 Labour MEPs have led the European Parliament's work to save children from taking up smoking and becoming addicted to tobacco.

The European Parliament has paved the way for the government to introduce standardised packs for cigarettes. With picture warnings due to cover two-thirds of the pack, it makes it easier for the government to go that extra step, and take away the branding in the remaining space. The legislation are a big step forward in tackle this deadly spiral, ensuring future generations live healthier, happier lives.

Under the measures, which will come into effect in mid-2016, products that are specifically targeted at children, like chocolate flavoured cigarettes and lipstick and perfume packs, will be banned; cigarette and rolling tobacco packs will be covered in bigger picture warnings, with individual countries free to go further and introduce standardised packaging; and e-cigarettes will be regulated for the first time.

These new laws will protect children from being cynically targeted by tobacco companies with their chocolate and strawberry flavoured cigarettes, designed to lure young people into a life-long addiction.