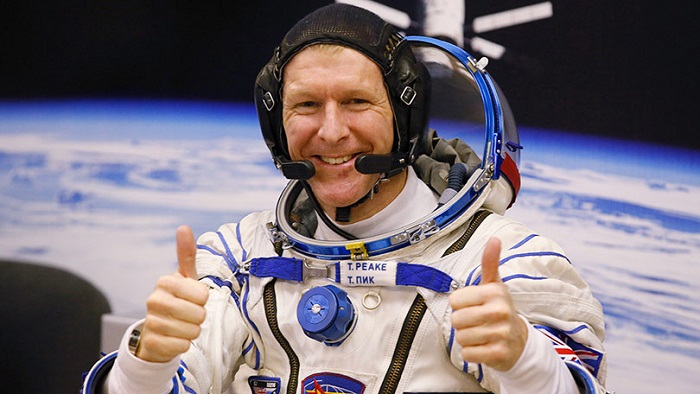 In Baikonur in December, the average temperature is around -12C. Deep in the vast grasslands of the Kazakh steppe, it is a small relic of the former Soviet empire which lies 200 kilometres east of the Aral sea, just around the corner from nowhere in particular.

But Baikonur does have a claim to fame – it is to be the site of the world's first and largest 'Cosmodrome,' and it has an illustrious history as Star City; the site of the Sputnik launch and the beating heart of the Soviet Space Programme.

This morning, another page in its history turns with special significance for Britain and Europe, as the first British Astronaut to fly for the European Space Agency (ESA) is propelled from the Baikonur launch pad at hundreds of miles per second into the sky.

That astronaut is Tim Peake, and after years of preparation, he will follow in the path of Britain's first Astronaut Helen Sharman, by going into space.

His mission is in equal parts practical, scientific, and symbolic. Practical because he will be part of the International Space Station crew until May 2016, with eight other astronauts. Scientific because he will conduct a series of experiments, including examining the viability of life on Mars. Symbolic as his mission represents the most astonishing feat of international cooperation in an era of deep political division across the globe.

Space programmes increasingly require cooperation across borders.  At a time where it seems politics is becoming focussed on nationalistic priorities pursuing these collaborative scientific endeavours can only be a healthy thing.

But for Britain it represents something more - a new chapter for us in Space.  The UK Space Agency has championed Britain's role in Space, increasing our presence in the ESA, which is majority funded by the European Union. The UK's Space Innovation & Growth Strategy has proved, with other similar strategies, the vital role of government in nurturing and supporting industry.

British businesses played key roles in the Rosetta programme to chase a comet, and in the EU's Galileo and Copernicus programmes for GPS positioning and climate change monitoring.

Tim will conduct a series of experiments for British science that will seek to improve life on Earth, for instance by developing new medical techniques, or strong, lightweight materials. This will include an experiment measuring brain pressure in zero gravity will contribute to our understanding of how medical disorders in the brain are detected. Tim will also help British science develop key space technologies for use on future missions, such as remotely operating the prototype Mars Rover for the upcoming ESA Mars mission.

Most importantly, his mission has already and will continue to inspire a generation. After rounds of TV interviews, and a year long educational programme in schools coordinated by Tim's Principia mission, young students, especially girls, are discovering an interest in space and science. With girls underrepresented in the sciences, this campaign can address a disadvantage we have imposed on ourselves, and ensure we are producing the brightest minds for the next generation of scientific discovery.

Ultimately this developing British commitment to space science has led to a British astronaut being selected for the most prestigious mission in modern day spaceflight - joining the International Space Station.

From our own nascent and halting venture into the space sector, Britain's widening and deepening collaboration in the ESA and in the EU's space programmes show how much more we can achieve together - and shows what limits we impose on ourselves going it alone.

If there is a lesson for our political times that should be heard loud and clear in Westminster and across the country, it takes the shape and form of Tim Peake. Hand in hand with our European partners, we are rolling back the frontiers of scientific possibility, and the only thing that can stop us is retreating in on ourselves.

I'll have my fingers crossed for Tim, and for our future as an outward looking country. Good luck and safe travels Tim!

This blog originally appeared in the New Statesman.