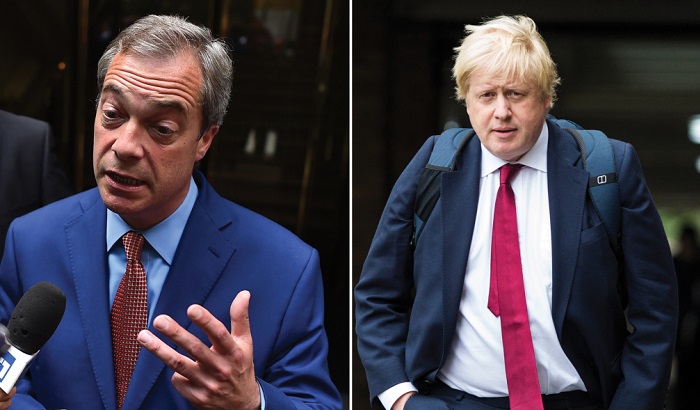 Today, as Theresa May meets the leaders of the US, Germany, France and Italy at a mini-summit in Berlin, Brexit will for once take second billing, after Donald Trump. Nevertheless, just like the British people, these world leaders will almost certainly be looking for something, anything, to indicate that the prime minister has a plan for Britain’s future, writes Glenis Willmott MEP.

For most of the world, Britain’s face abroad seems to be Boris Johnson and Nigel Farage, who are more than happy to give a “running commentary” while the prime minister sticks to her tired tautology, saying nothing in public, whether at the Lord Mayor’s Banquet or the despatch box, leaving parliament and the country in the dark.

The prime minister’s stone-faced silence and weak leadership has led Farage, basking in the tangerine glow of the President-elect, to offer himself as a nightmare chimera of her man in Washington and Trump’s man in Brussels, while Boris has been trundling around Europe revealing what he thinks Brexit means, insulting Italians and talking Turkey.

This week, the foreign secretary told a Czech newspaper the UK would “probably” leave the EU customs union, which could lead to a 4.5 per cent fall in GDP by 2030 and the clogging up of trade through Britain’s ports – £120bn of goods a year are transported on ferries through Dover alone. The re-imposition of significant customs checks will cause major traffic problems near ports, resulting in a reduction in trade volumes.

He also used the interview to say it was a “myth”, “nonsense” and “bollocks” that free movement was a founding principle of the European Union – words that our European partners, with whom we must agree a Brexit deal, might themselves use to describe the statements of Johnson. Angela Merkel‎, Francois Hollande, European Commission president Jean-Claude Juncker and the European Parliament’s chief Brexit negotiator Guy Verhofstadt are all clear that they intend to uphold the four freedoms of the EU: the free movement of goods, services, capital and, crucially, people.

He then reprised his insult-o-rama act, adding Italy to the list of countries he’s offended, getting into a tiff with the Italian foreign minister over the post-Brexit export prospects of Prosecco, Borisplaining to him that Italy and the other 26 EU countries need tariff-free access to us more than we need to them. The very definition of post-truth.

And at the start of the week, he said Turkey should, after all, be allowed to join the EU – the complete opposite of what Leave supporters said during the referendum campaign. At the Tory Party conference last month, Theresa May wondered out loud: “Can Boris Johnson stay on-message for a full four days?” He couldn’t even last a day.

We are now just four months from the prime minister’s own deadline of March 31 for triggering Article 50, yet as the days shorten and the clock ticks down, we are still relying on the foreign secretary’s cavalier approach to diplomacy to get an insight into government thinking. We have still not heard anything from Theresa May herself.

The question arising from today’s summit, then, is will she tell her fellow leaders exactly what is going on? If so then they’ll be getting far more information than the UK Parliament or the British people. Or will they get the same meaningless statements we’ve heard so far – in which case it is likely that she has no plan at all. Whichever is true, it’s time for the prime minister to come clean with the British people.