Whatever she calls it, Theresa May's Brexit will be chaotic 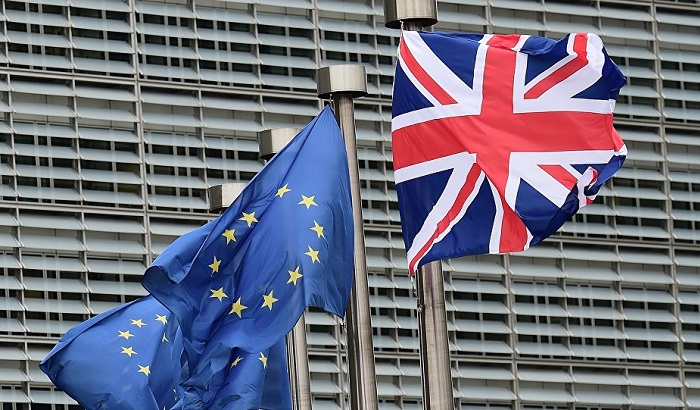 Nearly seven months on from the referendum, Theresa May claims today to be setting out the government's Brexit plan. But while she'll doubtless make eye-catching statements on trade, the economy and immigration, will it actually be a plan? Glenis Willmott MEP looks at five key questions the prime minister should be addressing in her speech:

1. How will the government protect the economy from the uncertainty caused by the prime minister's own statements?

The mood music over the weekend seemed to signal Theresa May is intending to go for a Hard Brexit and take Britain out of the Single Market and Customs Union. The threat of tariffs, trade barriers and being cut off from our biggest market saw the pound plunge once again as panic spread. If this is indeed what the government signals as its intentions, how will May assuage the concerns of exporters, manufacturers and the financial services industry who need to maintain their relationships within the Single Market? Job losses and reduced GDP are likely outcomes of such a strategy - how will the prime minister manage this? She can’t possibly give every company and industry affected promises of a sweetheart deal like the guarantees we suspect she has offered to Nissan.

2. If we're being asked to be poorer to control immigration, what will the government’s immigration policy be?

One of the reasons for leaving the Single Market, Theresa May has said, is to end the right of European Union citizens to live and work in Britain - whatever the cost to the economy, it seems. No one in government, however, has yet outlined what the new policy will be - a points based system; work permits - nor has there been any clarity on the status of EU citizens already here, and UK citizens currently living and working in the rest of the EU. British people are being asked to give up a portion of their economic prosperity. Will they be told what they're getting in exchange?

3. Will British citizen's rights be protected, as she has previously claimed?

On Saturday, Philip Hammond gave an interview to a German newspaper in which he seemed to suggest Britain could become a low tax, low regulation outpost on the edge of Europe, as a way to attract businesses put off by our exit from the EU. Theresa May has previously claimed she would protect workers after Brexit - but how does this square with the chancellor’s vision of a neoliberal lala land in which employment, environmental and consumer rights are sacrificed, taxes are slashed and public services suffer?

4. Is the government prepared to address points raised in the Supreme Court decision?

In the next few days, it is widely expected that the Supreme Court will deliver its verdict on the government’s appeal against the High Court ruling that Parliament must have a say before Article 50 is invoked, with even ministers privately conceding it will lose. It is widely assumed that the government is working on minimal efforts to secure parliamentary assent. But the Supreme Court case raised other questions, such as the role of devolved bodies - will the prime minister set out how the government will ensure proper engagement with the whole country, something that is complicated by current events in Northern Ireland, where the breakdown of power-sharing and fresh elections add further complications.

5. How long will the current Brexit position hold?

Even if she does give more detail on all of the above, how long before the speech unravels? How soon before it's undermined either by some of her more sensible ministers if she's too Ukip, or by the extremists on her backbenches if she's steering a more centrist path? Whether she calls it 'soft', 'hard' or 'red, white and blue', the result will almost certainly be chaotic.