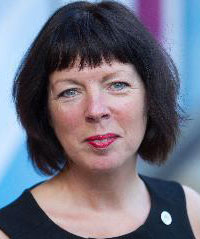 Theresa is the chair of the EPLP and Labour's spokesperson on the industry, research and energy committee, and a member of the transport and tourism committee. Theresa has been a Labour Party member for more than 30 years, and is an active campaigner at local, CLP, national and European levels.

Theresa is a committed trade union activist and has campaigned closely with all unions on employment rights, rights for young people and equality and against the BNP, EDL and far-right.

As a Liverpool city councillor in the 1990s, she was lead member for Economic Development and Europe and was instrumental in bringing Objective One status and billions of pounds of investment to the Liverpool city region.