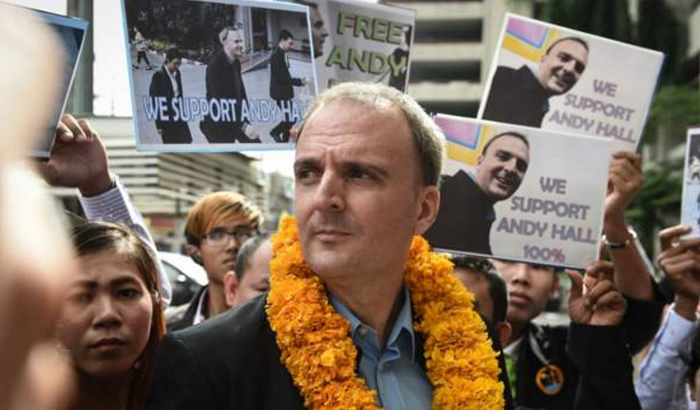 Labour MEPs have urged the Thai government to do more to ensure migrant workers aren’t exploited and those who defend their rights aren’t locked up.

The European Parliament today overwhelmingly backed a resolution calling on Thailand to make more progress against the exploitation of migrant workers, to reform its defamation laws and abide by international conventions.

The resolution also condemned the trial and conviction of human rights campaigner Andy Hall, from Lincolnshire, who was arrested for defending exploited migrant workers.

“The European Union has today sent a strong message to Bangkok - stop persecuting human rights campaigners like Andy Hall, and do more to ensure exploited migrant workers are protected.

“The prime minister recently promised to turn Thailand into a developed country within the next 20 years. If he is to meet this target, then international standards on freedom of expression and workers’ rights must be respected.”

Glenis Willmott MEP, Labour’s Leader in the European Parliament and MEP for the East Midlands, added:

“Andy Hall has fought tirelessly to protect human rights in south east Asia, exposing the dreadful treatment of migrant workers in Thailand. The harassment he was subjected to is completely unacceptable.

“Human rights are top of the EU agenda and we must ensure they remain a priority for the UK post-Brexit. Labour MEPs will continue to call for decent working rights for all workers across the globe.”