Labour MEP: Telegraph may be right to attack UKIP second jobs but "in gutter" by trying to include me 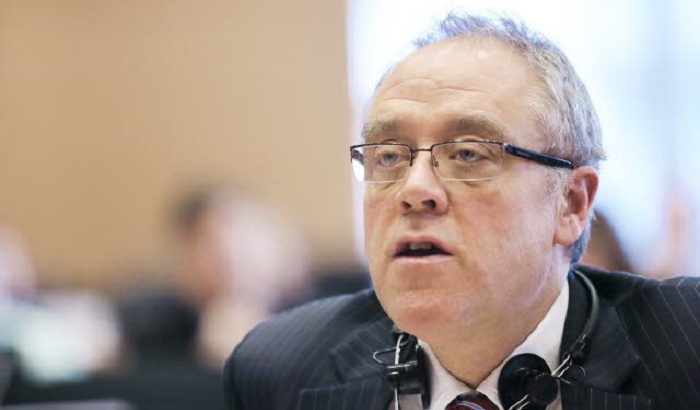 The Daily Telegraph has been forced to retract claims made this morning (Tuesday 3 March) against Labour MEP Richard Howitt.

Mr Howitt has no second job and no external earnings but was falsely identified in the newspaper known as the 'house magazine of the Conservative Party' as "one of the highest earners" from second jobs amongst MEPs.

The Daily Telegraph was forced to amend its article after he complained, reporting his denial. Mr Howitt said the original claim was "factually wrong and grossly damaging to my reputation".

Richard Howitt MEP is the only Labour MEP in the East of England region and was targeted by the newspaper despite the fact one of the Conservative MEPs for the same region declares £3,500 earnings as a journalist, one of its UKIP MEPs declares £8,500 earnings as a farmer, and two of its further UKIP MEPs were reported to have continued in party jobs for a period after first being elected.

Mr Howitt said the newspaper appeared to have twisted information in his official declaration of interests that he acts as a purely volunteer patron of a local HIV/AIDS charity, a drugs and alcohol charity and a community choir - all in his constituency and within his duties as a Member of the European Parliament.

"I am deeply proud to serve as an elected Member of the European Parliament which is a more than full-time job, and am disgusted that what appears to be a politically motivated attack misrepresented my own position so badly.

"This is the politics of the gutter.

"Conservative and UKIP MEPs including in my own region may want to justify taking second jobs, but I don't need to because I choose not to have a second job in the first place.

"Labour in Westminster voted against second jobs for politicians, and I make clear Labour in Europe does exactly the same."