Labour MEPs: $4.4bn Syria pledge welcome, but donors must deliver on promises of money for education 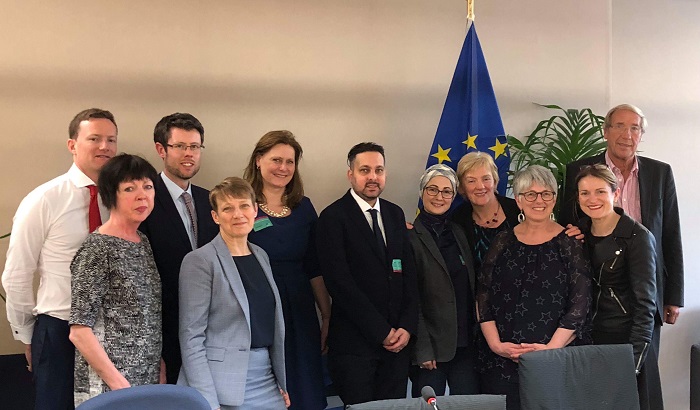 Labour MEPs have welcomed the pledge of $4.4 billion (£3.15bn) in aid for Syria and its neighbours, made at today’s Syria Conference of ministers and aid organisations in Brussels, but called on donors to honour previous pledges of money for education made at the 2016 Syria Conference in London.

Despite the pledges made two years ago, only 52 per cent of funds needed for education as part of the humanitarian response was received. To date, 2.08 million school-age Syrian children (36%) remain out of school inside Syria and 689,000 school-age Syrian children (35%) remain out of school in the five host countries: Turkey, Lebanon, Jordan, Germany and Iraq. Many of these children are the most vulnerable, including those with disabilities.

More than six million people are now internally displaced in Syria, more than five million have fled the country and 13 million - including six million children - are in need of aid, according to the UN. More than 700,000 people have been displaced since the start of this year alone.

“Today’s pledges of more than three billion pounds are very welcome, but urgent action is needed, and donors need to deliver on previous pledges.

“We are at risk of seeing an entire generation of Syrian children left behind, unable to prepare for their future. European and world leaders must now deliver their promise to help educate these kids, and that is why we are backing Their World’s ‘You Promised’ campaign to ensure Syrian children have the best chance of a brighter future.

“The more public pressure we can help bring, the more chance of seeing every child getting the education they deserve. The countries hosting Syrian refugees are doing what they can and in some cases running double shifts at schools to ensure refugee children have access to basic education.”

“Refugee and migrant education, especially of children, must be a top priority, and is the best way to empower them and foster their integration. Many refugees live in extreme poverty, with some children forced into child labour, and other Syrian children not being accepted to public schools.

“Without help, whole generations of young people will continue to suffer; young girls in particular, face a bleak future, with families reliant on them as contributors to income. Education will also support mental health and is vital for future conflict resolution and peace building in the region.

“We need donors to deliver on their promises and guarantee these young people the chance of a bright future.”