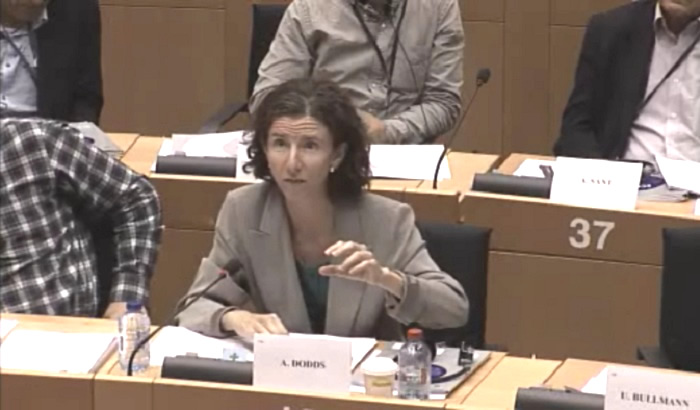 Labour MEP Anneliese Dodds has secured a commitment from the president of ECOFIN - the meeting of Europe's finance ministers - to ensure social housing does not become residualised.

As well as committing to fight residualisation - where fewer people are able to access social housing because of a lack of supply - ECOFIN president Pier Carlo Padoan also said he would support greater scrutiny of the contribution of housing to economic growth and competitiveness.

"Sometimes the European Commission has appeared to question the value of social housing. I am therefore absolutely delighted the president of ECOFIN has publicly stated his support for social housing, and belief that there is no need for it to become purely a 'residual' option.

"When people move in some number from a neighbourhood or community because they believe it is no longer a desirable place to live, the social balance of the area is disturbed by the departures and the people who remain are faced with concentrated poverty together with strengthening social stigmatisation.

"Contrary to popular belief, council housing in Britain - and many other countries - is not subsidised by the public purse, and in fact is often more efficient than private housing. It is great to see this being recognised by the EU."

Mr Padoan was also asked about the failure by the UK government to implement a 'mansion tax', which would promote efficiency by shifting the burden of taxation from working people towards less productive assets.

Neena Gill MEP, who is also a Labour member of the economic and monetary affairs committee, and served as chief executive of a major Housing Association before being elected, added:

"Housing is a key economic indicator. Sustainable growth in housing provision will promote employment, and that's especially the case with social housing, where there is a huge shortage in the UK.

"The UK government has taken completely the wrong approach to housing, failing to deal with long term concerns and creating distortions in the market in areas where there is an acute need for quality and affordable housing."