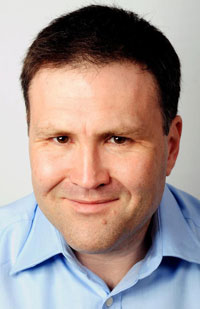 Siôn is a member of the European Parliament employment and social affairs committee, civil liberties, justice and home affairs committee, and constitutional affairs committee. Prior to being elected as an MEP, Siôn was the MP for Birmingham Erdington, which he held from 2001-2010. In Westminster, Siôn sat on the Treasury and public accounts committees, was Parliamentary Private Secretary to the trade minister, chaired Labour’s manifesto group on law and order, the all party group on private equity and venture capital and the all party group on business services. In latter years, he was Minister for Further Education and Minister for Creative Industries, during which he represented the UK government at the Council of Ministers.

Siôn grew up in the West Midlands, and joined the Labour Party at 16. After school, he went to Magdalen College, Oxford, to read philosophy, politics and economics, and straight after that started work as research assistant to the Shadow Minster for Europe. Siôn worked intensively on the Labour front bench’s response to the Maastricht Treaty, and the Major government’s tortuous attempts to get it ratified by Parliament. In the 1992 general election he ran Labour’s Europe Desk.

He was then recruited as a senior manager by Guinness PLC, which took him to Brussels almost weekly, with EU relations integral to his work. Later, he became a national newspaper columnist, principally on The Daily Telegraph and the The Spectator, before being elected to Parliament.