Labour MEPs: EU must step up and stamp out sexual harassment in its institutions 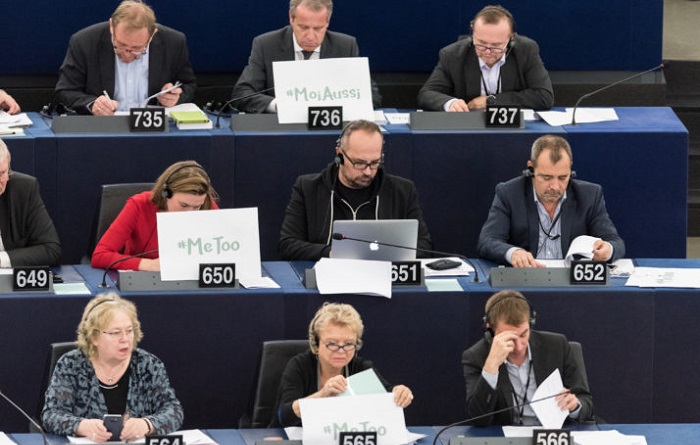 Sexual harassment is not confined to Hollywood or Westminster; it's time for the EU to step up and stamp it out, writes Mary Honeyball MEP, vice-chair of the European Parliament women's rights and gender equality committee.

As Hollywood’s deep rooted cultural problem with sexual harassment has become clearer to all of us, the infamous term “the casting couch” took on an altogether darker manner when it emerged that one of the most powerful movie moguls has sexually harassed more women than we could ever imagine. Tellingly, he went on to cast many of them in box office hits.

Since then similar problems within other significant institutions have surfaced. It appears that a systemic problem with sexual harassment is not confined to Hollywood. Over the weekend we found out that the European Parliament has its own issues with sexual harassment after several women came forward to acknowledge that they too had suffered.

More than 30 allegations of rape, assault and harassment connected to the European Parliament have been made in the past week alone, many via a confidential form posted by the European newspaper Politico, though none of these allegations have been independently verified.

To its credit, the European Parliament, unlike Hollywood, reacted swiftly to these disclosures. Within a week of the accusations being made public an emergency debate was called and an anti-sexual harassment resolution drafted and voted through the European Parliament with support from all the major political parties. The resolution not only condemns those who perpetrate sexual harassment, which is already illegal in European Union law, it also calls for whistle-blowers to be protected when they come forward and to grant similar immunity to those who already have done so.

Much of the resolution deals with action to root out sexual harassment. The victims need to be supported so that they feel able to come forward. In many cases the victims are young women who may be not only new to the European Parliament but also new to the world of work. The perpetrators are often in the mould of Harvey Weinstein - older (sometimes really quite old), powerful and full of their own importance and attractiveness. In many cases I don’t think they even think they are doing anything wrong. After all, this is what young women are for, isn’t it?

While Hollywood heavyweights condemn the actions of powerful men in their industry who abuse their positions and prey on clearly talented and capable young actresses, it has yet to address precisely how it will stop such deeply ingrained behaviour in future.

Meanwhile the European Parliament is looking at its internal procedures and is seeking to strengthen those which already exist. It is considering calling on outside expertise to help the victims and perhaps also counsel perpetrators so that they realise such behaviour is not only disgusting and frightening for young women, but is also against the law.

I was profoundly shocked to learn of some of the incidents which were reported by the brave women who came forward in the EU institutions. The inconvenient truth is that sexual abuse and harassment takes place everywhere. If you chose to ask women, you would find that virtually every woman you come across has experienced episodes of unwanted sexual interest. The #MeToo campaign illustrates this only too well.

Action is urgently needed on a global scale. Women are now feeling that they come forward. The perpetrators, almost all men, must now be brought to account and held responsible for their abusive behaviour.

Labour MEPs have written a letter to President Tajani on the issue of sexual harassment in the European Parliament - read it here.