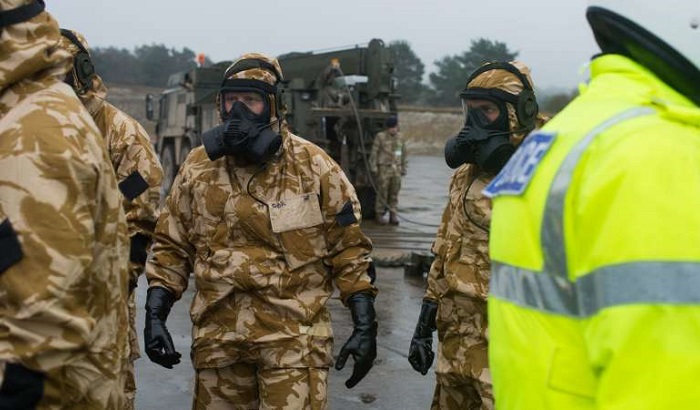 The support of key European Union figures and EU national governments over the poisoning and attempted murder in Salisbury of Sergei Skripal by the Russian state has reinforced the need for continued close cooperation between the UK and EU to ensure our future safety and security, Labour MEPs have said.

EU High Representative for foreign affairs and security policy Federica Mogherini’s office called the use of the Soviet-era nerve agent “shocking” and said the European Union was “ready to offer support if requested”, while First Vice-President Frans Timmermans called on the EU to express “its full solidarity with the British people and the British government” and make a collective European effort to find and punish those responsible.

France has expressed its full solidarity, describing the murders as an unacceptable attack on UK territory, and Germany condemned the military grade nerve agent attack, saying Russia must provide immediate and full clarification.

Bulgaria, which currently holds the EU Presidency, has condemned chemical weapons use, expressed concern and called for perpetrators to be brought to justice, and Spain, Poland, Finland and Italy have echoed this.

On Monday, at a monthly meeting in Brussels, EU foreign ministers are due to discuss Sunday’s Russian presidential election, giving EU governments the chance to discuss the attempted murder and agree a course of action.

“I am speaking on behalf of Julie Girling, Molly Scott Cato and myself. We all represent Salisbury, in the South West of England - it is also the city where I live.

“As British pro-EU MEPs the Brexit resolution meant this has been a difficult week but the unwavering solidarity we have received from this chamber in the face of this nerve agent attack has been deeply appreciated by us.

“Our constituents will be reassured by your determination to work with us to ensure their future security.”

“The use of a military-grade nerve agent as a chemical weapon on civilians in Europe is unprecedented and calls for a robust response. It is important that the Organisation for the Prohibition of Chemical Weapons (OPCW) is involved in the investigation to help determine who is responsible for this attack.

“The European Council needs to show full solidarity with the people of Britain and Salisbury and be prepared to support the UK in providing an appropriate response to the use of military-grade nerve agents on civilians.

“The support from our colleagues has been overwhelming, reinforcing the need for continued close cooperation between us if the UK leaves the EU. We cannot allow the ties that bind us together to be severed - our shared values must endure, and we must all work together to ensure our safety and security.”