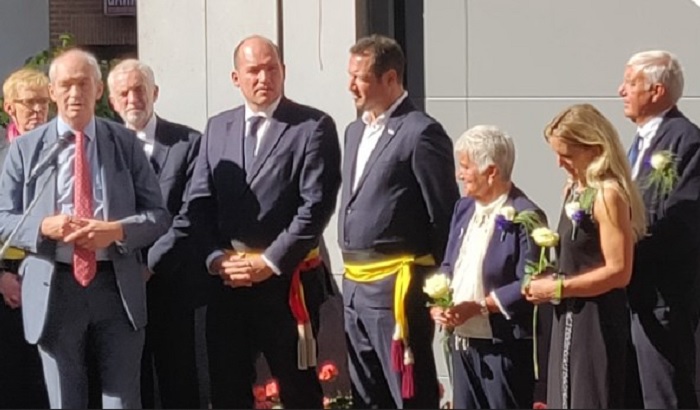 On 27th September, the city of Brussels honoured the memory of murdered Labour MP Jo Cox, by naming a square beside the Ancienne Belgique music venue she often visited in the years she lived here, as Place Jo Cox, in a formal ceremony.

“All of us were very touched when we heard of the decision of the City of Brussels to name this square after Jo Cox. The gesture will live on for many years, reminding us of the values she stood for, and of her time in Brussels, in the European Parliament.

“Many of us remember how enthusiastic and lively she was, and the commitment she gave to everything she did. It was a privilege to work in the vicinity of her, let alone closely with her.

“But we must take courage. We must live up to the values that she stood for, live up to the principles that she lived by. We must fight on for the politics that we believe in, which will make our society a better place. We must create a better world, where people all take to their hearts the words of Jo that are so widely remembered, “we have more in common than that which divides us”.