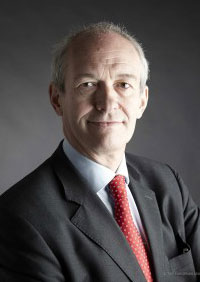 Richard is the leader of the EPLP and a member of the European Parliament constitutional affairs, fisheries, and economic and monetary affairs committees.

Richard previously served as a Labour MEP from 1996 to 2009, narrowly losing his seat in the 2009 elections. Prior to being an MEP, he worked in the voluntary sector and then as a civil servant, after having gained a BA at Oxford and a PhD at Hull.

In the past Richard led for the whole S&D Group on the issue of EU reform, with a number of successes, and was Parliament's rapporteur on the Lisbon Treaty. With his Labour colleagues, he worked on legislation to secure many hundreds of changes and improvements, giving the Single Market common rules to protect consumers, workers and the environment.

He was an active member of the all-party animal welfare group, and helped set up the campaign to limit the transport of live animals across Europe for slaughter. Richard was a member of the trade union MEP group, helping to secure breakthroughs in European social legislation and protection of workers.

Richard has also continued to lecture on European matters in universities and elsewhere. In November 2012, Richard was voted by a panel of journalists, academics, retired diplomats, and think-tankers as the fourth most influential Briton on EU policy, ahead of the Prime Minister.