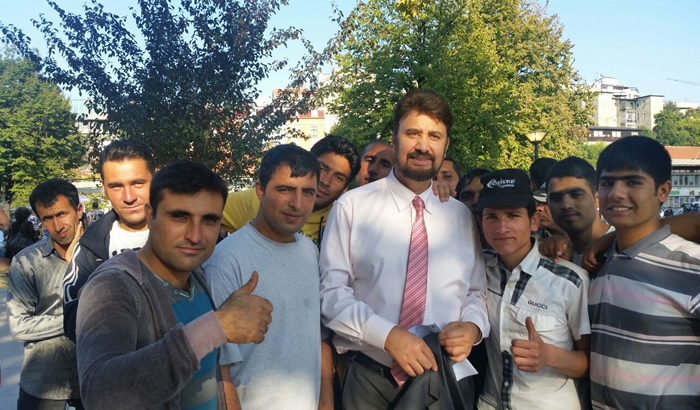 A Labour MEP has said the refugee crisis is a key test for Balkan stability, after meeting regional leaders on a three-day visit to Serbia and Kosovo.

Mr Khan expressed particular concern over the decision of the Croatian government this to close the borders to all Serbian citizens and cars, following disagreements over the handling of the refugee crisis

"I have met the refugees in Serbia. They are being treated well. However, I have heard terrible stories about their journey to and within Europe.

"One in every four refugees is a child. I am particularly concerned about their future. We must work to protect them, give them hope. I therefore welcome the decision of the European Council to increase the support we give to non-EU countries and refugee camps.

"The main idea behind the EU is that we resolve disagreements with dialogue and diplomacy, and never by closing borders. It still has considerable soft power in the Western Balkans. We must use it to defuse any mounting tensions between these countries.

"The European Union wants the future of all Western Balkan countries to be one of peace and stability, democracy and prosperity."