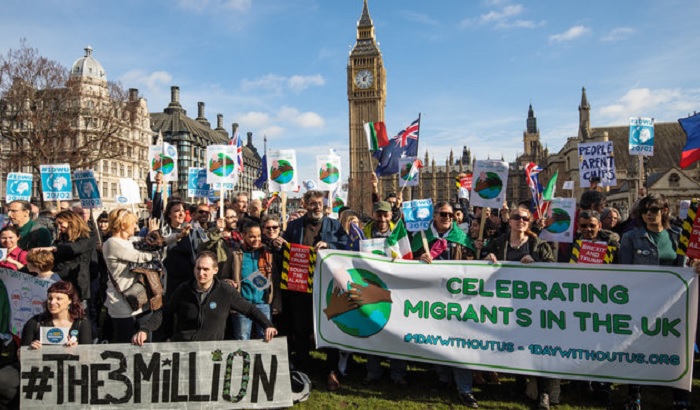 Labour MEPs have condemned the government for failing to put forward legislation in the Queen’s Speech today that will guarantee EU citizens’ rights after Brexit – as UK and other EU citizens petitioned the European Parliament to safeguard their rights.

“It is absolutely disgraceful that the government has failed to put forward legislation in the Queen’s Speech that will guarantee the rights of EU citizens after Brexit. The three million EU citizens currently resident in the UK, and the 1.2 million British citizens living in the rest of the European Union are still being used as pawns in the Brexit negotiations.

“It must be a priority of the negotiations to ensure there is an early deal on the rights of citizens abroad - Brexit is about more than politics, it's about people, and it is unbelievable that Theresa May and the Tories are still treating them as bargaining chips. Were the government to guarantee the rights of EU citizens in Britain, it would not only be the right thing to do, but would almost certainly be reciprocated by other EU countries, giving peace of mind to the many British citizens facing similar circumstances in the rest of the EU.

“We have seen a high volume of petitions from British citizens who worry that an important part of their life will be taken away from them when Brexit is completed. Understandably so, as the UK government continues to do next to nothing to allay these concerns; it had been hoped the start of Brexit negotiations will provide more clarity and some concrete answers on life after Brexit, yet we are still waiting.

“Labour MEPs will continue to represent the voices of ordinary people and push the agenda in the European Parliament, so that not a single right is revoked. But the UK government must now follow suit, so that a deal that works for everyone can be secured. Theresa May says ‘no deal’ is a viable option – make no mistake, this would be disastrous, for the public, for the economy, for everyone.”