As MEPs back stronger rights for workers in gig economy, the choice is clear: more rights for all or a rights-destroying Trumpian Brexit, warn Labour MEPs 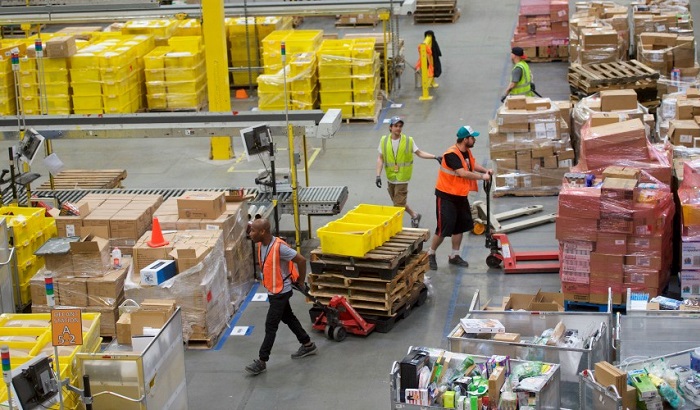 The European Parliament has voted for a report calling for more rights for workers in the gig economy, once again highlighting the stark choice facing the UK: more rights for all workers if we remain in the EU or losing our current rights under a Trumpian Tory Brexit, Labour MEPs warned.

The report calls for a coordinated EU initiative to ensure platform workers in companies like Amazon, Uber and Deliveroo have access to social protection and are guaranteed all their social and labour rights, regardless of their employment status, and to extend collective agreement coverage to platform workers. It also proposes action on many of Labour's Socialists and Democrats Group's key priorites, namely youth unemployment, minimum wages and fair remuneration, health and safety, gender inequalities, work-life balance and discrimination.

Online platform work in the European Union has increased by more than 25 per cent over the past two years to up to five million workers, with a third of all platform transactions performed cross-border. At present, platform workers in the gig economy are often not covered by social protection systems.

"The proposals in this report will lead to more rights for platform workers, to ensure they cannot continue to be exploited by companies like Amazon, Uber and Deliveroo - all workers deserve the same rights, regardless of where they work or their contracts. In contrast, the Boris Johnson Brexit we may be facing would lead to a reduction in rights for all, with Tory ministers unwilling to respect Theresa May’s oral commitments on workers’ rights.

"Let’s not follow Boris’s Trumpian vision of the world of work, but take our inspiration from the lead of Californian legislators who have extended rights to all gig economy workers from right at the heart of Silicon Valley - the home of these gig economy employers. This is the inspiration the EU is taking and now is not the time to turn our backs on it.

"People did not vote for less security, less holiday, and no paid sick leave or maternity leave - this Trumpian dystopia was not on the side of any buses and is not what was promised during the referendum. The choice is clear: more rights for all workers if we remain in the EU or losing our current rights under a Trumpian Tory Brexit."