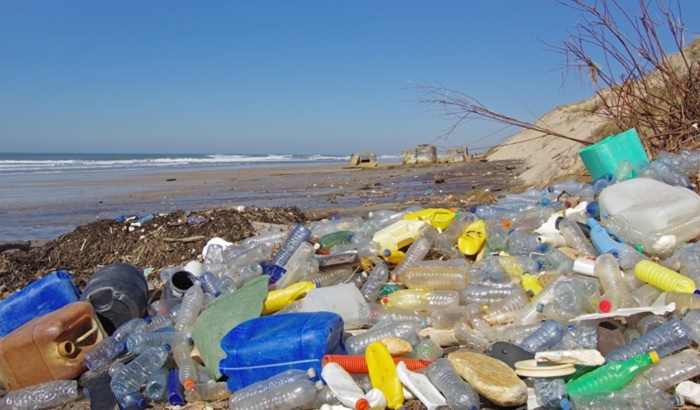 The European Parliament this week backed the adoption of a new EU legal framework that will enable strong action to be taken to tackle plastic waste pollution and save our oceans.

The legal framework contains tailored measures for different product categories. Single-use plastic products make up half of marine litter, such as cotton buds, cutlery, plates, straws, drink stirrers, sticks for balloons, products made of oxo-degradable plastic, and food and beverage containers made of expanded polystyrene, and this is why they will be banned if there is an available and affordable alternative. For other products, the aim is to ensure that EU countries will limit their use and improve waste management.

The Socialists and Democrats Group, including Labour MEPs, played a decisive role in making the directive more ambitious, including: adding products made of oxo-degradable plastic and single-use products made of expanded polystyrene to the banned list; the requirement for plastic bottles to be separately collected with a rate of 90 per cent by 2029; plastic bottles to be of at least 25% recycled content from 2025 for bottles made of polyethylene terephthalate (PET); and at least 30% for all bottles from 2030.

“These new measures will slash the use of single-use plastics in the EU. Every year in Europe, 150 000 tonnes of plastic are dumped into the sea, and with more than 700,000 plastic bottles littered in the UK every day, it would be negligent if the UK does not maintain these new targets if we leave the EU.

“Many of these bottles end up in our oceans, while new sources of plastic leakage, such as microplastics, are on the rise, posing new potential threats to animal and human health - if we don’t want to have more plastic than fish in our oceans by 2050, we must act and act now.

“As a result of this new legislation to reduce the consumption of single-use plastics, the European Union will be the first in the world to adopt a blueprint to put an end to plastic litter, both on land and sea. This is in stark contrast to the Tory government and Michael Gove, whose department has published more than 20 consultations since the last general election, but not a single piece of primary legislation to tackle plastic waste.

“Unlike the Tory government, the EU has led the way in coming up with solutions to tackle plastic waste, and it is Labour and S&D MEPs that have made te plans even more ambitious. Only by working together can we tackle the problems we face, and only by staying in the EU can we stop the Tories turning the UK into a dumping ground for cheap, non-recyclable, plastics.”

The key points of the new laws are: