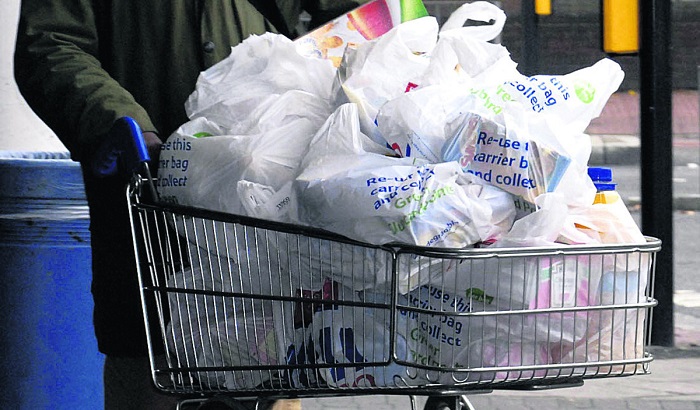 Theresa May and Michael Gove are today claiming credit for their new environmentally-friendly policy of extending of the 5p charge on plastic carrier bags to all shops – yet mandatory charges for plastic bags and binding reduction targets are EU measures, from the Plastic Carrier Bag Directive, which the Tory government and its MEPs first sought to water down, and subsequently voted against in Council and the European Parliament.

In April 2014, MEPs voted for measures to reduce the use of plastic carrier bags, including a binding target to cut their use by 80 per cent as well as mandatory charges. Other measures in the proposals include a mandatory charge for plastic carrier bags in the food sector, and increasing the use of biodegradable plastic bags over conventional bags. Conservative MEPs, however, opposed the proposals, tabling amendments to weaken the legislation.

And in April 2015, the European Parliament backed new legislation – agreed with national governments - to curb the consumption of lightweight plastic carrier bags in the European Union. The legislation obliges member states to either adopt measures ensuring that the annual consumption level does not exceed, on average, 90 lightweight plastic carrier bags per person by the end of 2019, and not more than 40 bags per person by 2025; or alternatively, to ensure that they are not given for free at stores and sales points by the end of 2018. Tory MEPs did not vote in favour of this legislation.

"In claiming credit for these measures and by posing as a champion of the environment, Michael Gove is trying to claim credit for an EU policy his own colleagues tried to water down and then voted against. It is just another example of the EU single market delivering environmental benefits for the UK, which the government's Hard Brexit policy threatens to undermine."

Non-reusable plastic bags are extremely harmful for the environment and for human health. Single-use plastic bags are only used for a few minutes, yet it takes hundreds of years for them to degrade, and many end up floating in our lakes, rivers, oceans and seas, poisoning wildlife. Today, the amount of plastic particles in our oceans is greater than the amount of plankton. The impact on sea life is devastating, with human health also endangered by pollutants entering the food chain.