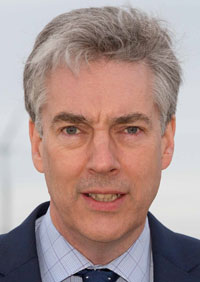 Paul is a member of the European Parliament environment, public health and food safety committee, and agriculture and rural development committee. Prior to becoming an MEP in 2014 Paul worked for the development charity Christian Aid in various roles including Head of Advocacy. In this role Paul led the organisation’s campaign work on climate change and tax justice.

Paul has a degree in Theology and Religious Studies from Leeds University and an MBA from Durham University. He has worked for the Anti-Apartheid Movement, the Labour Party, Hobsbawm Macaulay Communications, Common Purpose and HSBC.

In the 1997 general election Paul was the Labour Candidate in the Berwick-upon-Tweed constituency and in 2001 in the Hexham constituency. He previously has served five years on Newcastle City Council. Paul grew up on Tyneside first in North Shields and then on Chapel House Estate, attending Walbottle Comprehensive School. He lives in Newcastle, is a member of the GMB, Christians on the Left and a former member of the Board of the Fairtrade Foundation.

Committee on Agriculture and Rural Development
Committee on the Environment, Public Health and Food Safety (Substitute)