Labour MEP: We must stand shoulder to shoulder with all victims of terror 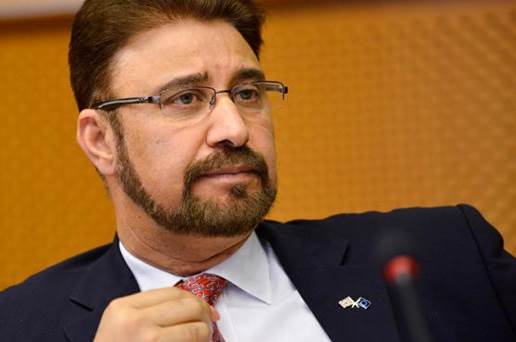 A Labour MEP has called on Europe to unite in support of all countries that are fighting terrorism.

“From Paris to Pakistan to Nigeria, evil stalks the globe. These inhumane and barbaric massacres are an attack not just on those countries involved but on us all. We must defend the values of democracy against terrorism and extremism.

“We are all under threat - the European Union and the whole international community needs to act, supporting the victims of global terror wherever they may be.”

Mr Khan, who led negotiations on behalf of the Socialists and Democrats Group for a European Parliament resolution on Pakistan, had earlier told MEPs:

“Nothing can justify the brutality we witnessed a month ago in Peshawar. It was an act of cowardice to attack a school and kill 132 defenceless children. Unfortunately, Pakistan is the biggest victim of terrorism - more than 70,000 people have lost their lives.

“This is the price Pakistan is paying in trying to keep the world safe.”

He stressed Pakistan’s “important role in fostering stability in the region”, calling on the country to lead by example in strengthening the rule of law and human rights. Mr Khan also called on Afghanistan to co-operate with Pakistan in its fight against terrorism as well as for a “renewed international commitment to fight the financing and sponsorship of terrorism”.

Frederica Mogherini, the EU High Representative for Foreign Affairs, said the EU “supports Pakistan in its fight against terrorism”, as the resolution in support of Pakistan passed with an overwhelming majority.