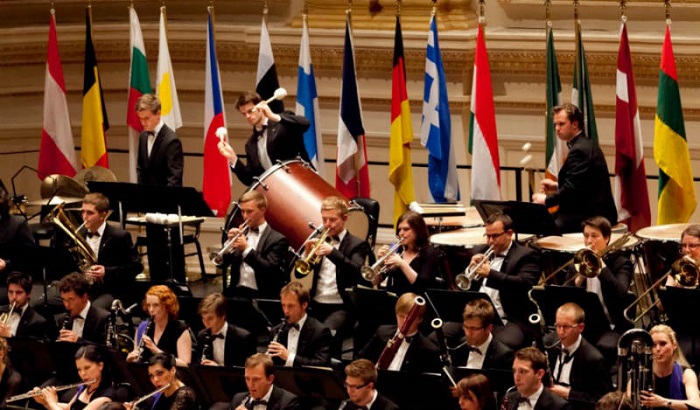 LPO chief’s claims Brexit represents an “opportunity” for the sector are not borne out by the facts and contrast with ABO’s warnings, writes Julie Ward MEP, Labour’s European Parliament spokesperson on culture and education.

Timothy Walker, chief executive and artistic director of the London Philharmonic Orchestra (LPO), today claimed Brexit could be an opportunity for British orchestras to escape “onerous” red tape and tax of Europe - here’s why he’s wrong:

If Britain leaves the EU and does not remain within the customs union and single market, there will be more 'red tape' for musicians as there will for everyone, whenever they transport goods into the EU. There will be more paperwork, more searches of goods and more delays in crossing borders.

The Association of British Orchestras (ABO) recently warned: “Any imposition of visas, carnets and other tariffs and barriers when touring into the EEA will damage our members’ ability to serve as cultural ambassadors for the UK.” British orchestras have benefited from freedom of movement and access to talent from across the EEA, with some orchestras now seeing more than 20% of their musicians coming from other EU countries.

On tax, meanwhile, “Cultural Exemption” - which enables exemption from VAT on admission charges for cultural events in the EU - is vital for orchestras. And on the issue of funding and investment, this is a matter for national governments not the EU, and, since 2010, Tory-led governments have slashed funding for the arts and creative sectors; this is not only culturally short-sighted, but bad for the wider economy as well - according to a report by Arts and Business, for every one pound invested into the arts, three pounds and fifty pence was generated for the UK economy.

And on the issue of the LPO playing more in countries like China and India, it is not an either/or and should not be at the expense of EU audiences, which continue to make up the majority of tours: in the next few months this year, all LPO tours will be within the EU, to Zaragoza, Madrid, Paris, Hamburg and Hanover. Overall, in 2016 British orchestras visited a total of 42 countries, compared with 35 countries in 2013. Europe is the most toured-to continent, with orchestras reporting 96 visits to 26 different European countries.

As the Association of British Orchestras say: “Membership of the single market and the customs union has been hugely beneficial in enabling British orchestras to tour across Europe, which generates both revenue and secures their international reputation.”

Furthermore, the Creative Industries Federation today released a report warning: 80 per cent of the UK’s creative industries are not confident that Britain will maintain its leading global reputation post-Brexit; 21% of the UK’s creative industries say a ‘no deal’ outcome would make them consider moving part or all of their business abroad; and 40% said a ‘No deal’ outcome would harm their business’ ability to export.

These Brexit impacts are vitally important - for example, creative industries are the UK’s fastest growing sector of the economy, employ 700,000 more people than the financial services, and are worth £8 billion more than the automotive sector.

Having spent time with the orchestral sector at the Association of British Orchestras Conference in Cardiff just last week, I listened carefully to the most up-to-date concerns on Brexit. It’s clear the sector needs easy access to talent, supportive domestic policies and straightforward touring arrangements in order to continue to thrive. Any imposition on the ease of musicians to move freely, or additional checks at borders could simply render many tours financially unviable, which would mean home audiences in the UK would also suffer with fewer opportunities to see their favourite musicians.

The best way forward for the creative industries is to remain as close as possible to the EU, not cut ourselves off.