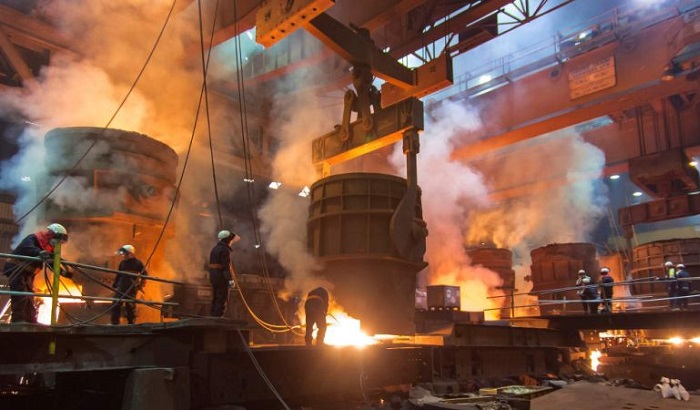 As ministers from around the world met in Brussels today to discuss the downturn in the steel industry, Labour MEPs reiterated calls for the UK government to back EU measures to solve the crisis, including action to clamp down on the dumping of steel by China.

"Today's meeting is a crucial opportunity to tackle one of the root causes of the steel crisis: cheap, dumped steel. We can and must do more to support Europe's steel industry, which is facing an existential crisis. Our rules need to protect it against unfair competition.

"But ultimately, we will only solve the crisis for good if we fix the market: China produces far too much steel for the needs of its own domestic demand. This is flooding the international market with cheap, subsidised steel. After years of talking about it, we now need the world's largest economies to stand together in calling for cuts in Chinese production.

"Unless our governments are willing to tackle this jointly, the European Commission will be hamstrung and unable to protect our industries. It is time for David Cameron to listen to the voices of the thousands of steelworkers whose jobs are threatened, their families and communities, up and down the country, and step up to the scale of the challenge we face.

"I would hope that in the process of selling our strategic assets to China, the prime minister has developed an honest relationship with the Chinese leadership. It's high time for him to use this relationship to get a fairer global marketplace for our steel industry."

"Today's OECD meeting represents a unique opportunity for the international community to stand united and call with one voice for China to reduce its production of cheap, unfairly subsidised steel. We must use all of our diplomatic muscle to encourage the Chinese to play ball.

"China is clearly an important partner and we should welcome our continued economic cooperation - but Europe cannot roll over in the face of unfair trade practices that are damaging our industrial communities.

"On the other side of the equation, the Labour Party has already called on the Tory government to end its opposition to the reform of trade defence measures at EU level. We must not be a soft touch with our partners when they are dumping their products onto our markets.

"In order to defend ourselves we need the weapons to do so - we must act now, or else soon there might not be a steel industry to protect."