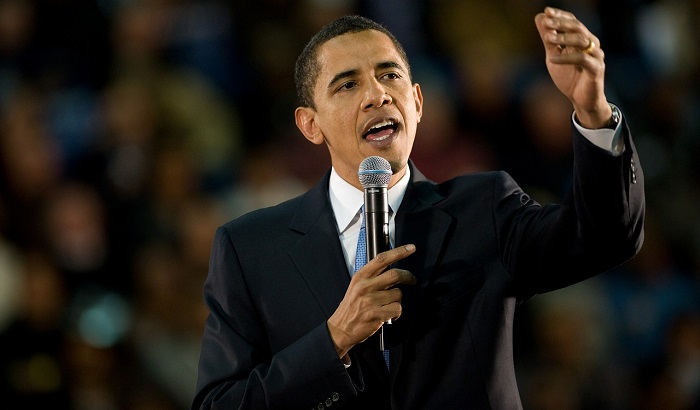 Not even Obama is safe from the spiteful wrath of the increasingly desperate eurosceptics, writes Glenis Willmott MEP.

The question is leading. The franchise is too great. The timing is wrong. Unpurdah is unfair. The Yes campaign has more money. The Yanks will influence the result (and should, like all foreigners, mind their own business)… The list of whines from Outers grows daily, the latest wail in response to President Obama’s comments about why Britain should stay in the EU if it wants to maintain its standing in world affairs.

Despite having campaigned for years for a referendum on the European Union, eurosceptics are falling over themselves to moan about the forthcoming vote, getting their excuses in early and seeking to de-legitimise the result. Unedifying but unsurprising given recent polls, which show Yes around 60 per cent and No below 30.

The response of UKIP and the Tory Right to Obama’s remarks is entirely predictable, focused more on attacking him personally, ascribing ill intent and saying he shouldn’t even be commenting than engaging with what he’s actually said, namely that the EU “made the world safer and more prosperous” and that our membership gives the US “much greater confidence about the strength of the transatlantic union”.

Obama’s comments confirm that membership of the European Union is vital for Britain’s influence on the world stage and shows how our partnership with the United States and power in the world are enhanced by being in the EU. No wonder the europhobes are reluctant to stick to the facts and are so keen to silence his views.

As Referendum Day nears, expect more of the same from the sceptics, especially if the polls remain as they are. If a person, business or other organisation speaks out to make the overwhelming case for Britain being part of (and improving) the EU they will face the inevitable accusations of being in it for themselves, in the pocket of the EU, on the “gravy train” and “anti-British“.

Prepare for the conspiracy theories. Prepare for a long, long campaign.