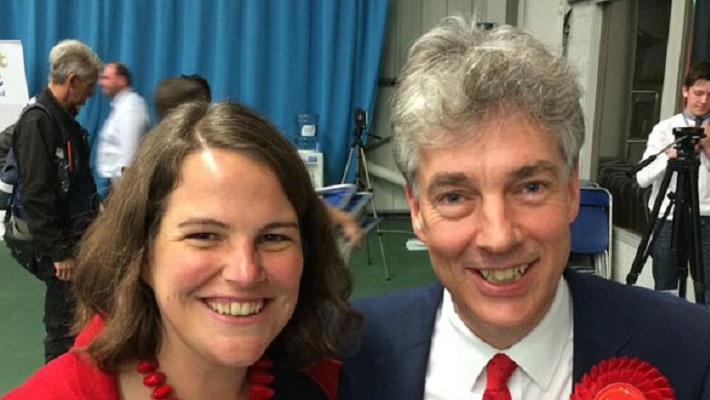 Jude Kirton-Darling and Paul Brannen have been newly-elected as MEPs for the North East of England.

"Labour has been clear that we want a different way – good quality jobs for young people, investment in health & education, & action to lift wages and working conditions. This is our agenda.

"David Cameron’s European agenda is to ‘repatriate’ EU workers’ rights – rights extended to British workers by Labour. I have worked to create these basic rights and will defend & extend them as your MEP, tackling zero hours contracts & exploitation.

"Our EU membership, the European single market and its trade deals are powerful tools for our regional economy and offer unique opportunities. Regional and social funds have supported inward investment and local job creation. Over 156,000 jobs are dependent on EU trade in the North East. Our future, as a region, lies looking outwards not inwards.

"In tough times people want and need governments to stand up for them and with them. When they fail to do so, the risk is that some voters turn to those offering simple answers to complex problems. I will stand for tolerance in our region – uniting our communities not spreading division.

"As an MEP I will ensure we use the opportunities of our EU membership to create and maintain jobs in this region for local people, to ensure dignity at work and long term prosperity for the North East."

"The 2014 European election in the North East was hard fought. To win two seats for Labour we had not only to beat UKIP and top the poll, we also had to poll double the Conservative vote to prevent them from a winning a seat - defeating the leader of the Conservative Group in Europe.

"That we achieved both our objectives is a reflection on a well run campaign involving much hard work by party members and supporters across the region.

"My priorities will be to help bring more good quality jobs to the North East; tackle tax dodging by multi-national companies and use the money to reduce the cuts to our public services; defend the rights of workers from Conservative and UKIP attacks - by protecting paid holidays, safety at work, decent wages, and proper contracts; and promote ‘clean’ coal technology including carbon capture and storage to help tackle climate change and create jobs."