Labour MEP: "We must end 'no go' areas for disabled people" 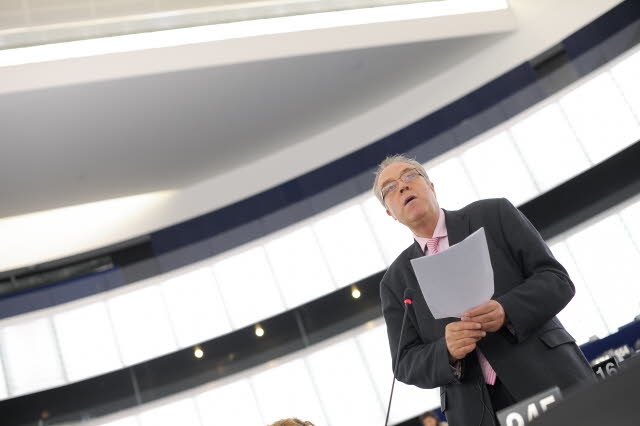 A Labour MEP is leading the push for legislation that will give disabled people greater accessibility to shops, work places and transport in Britain and across Europe.

Richard Howitt MEP, newly-elected co-president of the re-formed all-party European Parliament disability rights group, says a draft law on disabled access - which was left pending during the changeover between the former and current European Commission - will be a "top priority" for the group.

Mr Howitt, a former president of the group, who worked as a disability rights campaigner before becoming an MEP, is adamant the promise to bring forward the pending accessibility legislation must not be forgotten by the new Commission.

"Although I am proud of the progress we have made in forging European access rules in relation to the installation of lifts, for some public transport and on the internet, the bitter truth is the large swath of the built environment remains a 'no go' area for Britain's and Europe's disabled people.

"The re-formation of an all-party group in the European Parliament provides the opportunity to build widespread support to ensure the promised EU accessibility act is agreed.

"But it has to be published to be agreed, and that's why an appeal to the new European Commission to do just that is one of our first demands."

The preparatory work and impact assessments have been completed but the proposal was not specifically included in the Commission's Work Programme.