What will a 'no deal' Tory Brexit mean for British holidaymakers next summer? 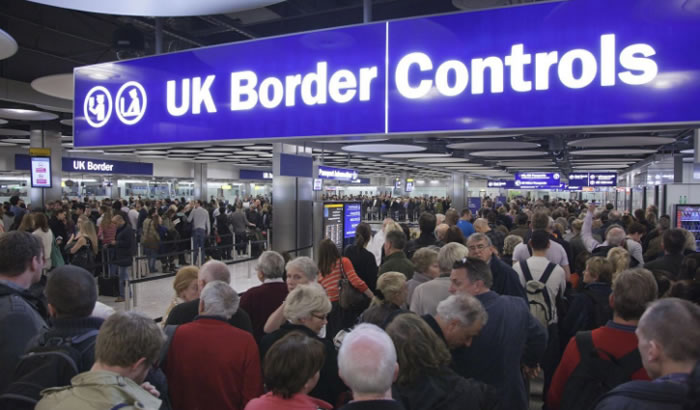 As millions of Britons jet off to the sunshine, Richard Corbett MEP, Labour’s Leader in the European Parliament, looks at what a ‘no deal’ Tory Brexit might look like for holidaymakers next summer...

All the Brexit talk is now about the heightened risk of the UK crashing out of the EU without a deal, following the EU’s guarded response to the demands made in the government’s White Paper and Theresa May’s difficulties in getting Brexit votes passed by Parliament without resorting to contemptible tactics such as the breaking of pairing arrangements.

The prime minister has embarked on a tour of the country giving a series of dire public warnings - consumers and companies will be given weekly advice on how to prepare for a “disorderly Brexit” and ministers will release 70 technical notices on “no deal” contingencies; the Financial Conduct Authority has warned the banking industry to prepare for a “cliff-edge”; the IMF has warned UK GDP will be four per cent lower by 2030 without a deal; and the EU has issued a series of stark warnings to traders about the implications of no deal.

With millions of Britons heading off on holiday this week, if we were to fast-forward twelve months, what might a nightmare ‘no deal’ Tory Brexit look like for sun-seekers next summer?

Flights? If we drop out of the EU legal framework for flying, without replacing it with anything, airlines will lose landing rights and insurance cover. There is a very real risk to literally thousands of scheduled flights not just to Europe but the USA as well. Unlike with goods, there is no WTO fallback option for flights, so no deal is likely to mean no flights, to the EEA and to any other country the EU has an open skies agreement with. And, unless the UK remains part of the European Aviation Safety Agency after Brexit, the safety certificates of its aircraft will also no longer be valid.

Recourse if package holiday goes wrong? EU legislation ensures that people who book package deals, or book flights and hotels separately but via a linked process, will be entitled to: clear information on the package and its price; refund and repatriation in case of bankruptcy; total liability for the operator; the right to cancellation, subject to a reasonable fee; accommodation in case of a delayed return; and help for travellers requiring consular or medical assistance. Will Britons still benefit from this in future if the UK crashes out and is no longer covered by EU laws?

Visa-free travel and queues at passport control? Currently, Britons do not need visas to travel to the rest of the EU, and benefit from the shorter EU/EEA/CH queues and e-gates at passport control, but outside the EU and without a deal on this, this is likely to change. British holidaymakers could also be hit by a new European Travel Information and Authorisation System (ETIAS) in which travellers to the Schengen area from outside the EU would have to fill out an online form ahead of their trip and apply for travel authorisation, and pay a fee (the same as the US system). And then there’s the additional customs checks to go through as third-country arrivals, together with limits on alcohol and tobacco.

Health care coverage? More than three million British citizens a year make use of the European Health Insurance Card (EHIC) scheme which guarantees emergency medical treatment throughout the EEA. Treatment is on the same terms as nationals of the country you are visiting. Without a reciprocal deal, British holidaymakers could be landed with huge medical bills in emergencies.

Mobile phone roaming? Currently Britons benefit from being able to roam freely throughout the EU, and not have to pay additional charges for using data or making calls. However, if the UK leaves the Digital Single Market, which the prime minister indicated in her Mansion House speech in March, British holidaymakers and business travellers could face the return of rip-off phone bills. Furthermore, outside the DSM, Britons will not be able to benefit from new rules on the portability of digital content, which enables people to access, for example, their Netflix subscriptions while abroad.

Flights at risk, no compensation for delays, no recourse for holidays going wrong, the return of rip-off mobile phone bills, health care bills, visa fees... not a great prospect, and not one that was advertised on the side of any buses during the referendum campaign, but one that looks increasingly likely under this divided, disastrous and deceitful Tory government.

And that is why we will continue to fight this nightmare Tory Brexit we are heading towards, one we must and will challenge.