Labour MEPs: We will not let the NHS become a Brexit casualty 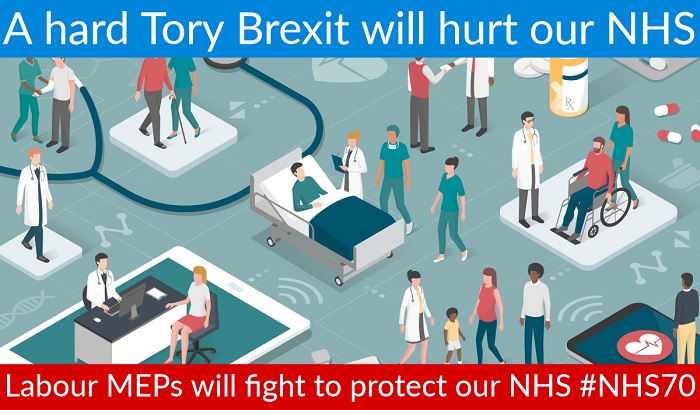 As the European Parliament returns from recess this week, Labour MEPs have vowed to keep campaigning to stop the NHS becoming a casualty of the Government’s approach to Brexit, which is increasingly likely to result in a bad deal or no deal at all with the EU. Recent reports have seen NHS England chief executive Simon Stevens admit that the NHS is now contingency planning to deal with the consequences of a no deal Brexit.

“Every day sees new warnings about the consequences of a bad Brexit deal or no deal and the impact it would have on healthcare and our NHS. It’s clear that standing up for the NHS has been a long, long way down the government's list of Brexit priorities.

“There is no excuse for the government’s lack of progress on negotiations. Brexit already means the European Medicines Agency is leaving London, and a no deal Brexit would cause chaos to our medicines supply arrangements and to medical research, as well as the NHS’s ability to recruit and sustain the staff levels it needs.

“Whilst the leading Brexiters in the Tory Party and UKIP may not value the NHS, ordinary people did not vote in 2016 to damage the NHS. But as a result of the government’s chaotic approach and their failing negotiations, we face possible medicine shortages, fewer NHS workers and the loss of access to vital medical research programmes.

“Labour MEPs have a different vision for our NHS. We want to see medicines supply arrangements protected, clarity for EU nationals working across our health service, continued access to research and treatment, and no backdoor privatisation of our NHS.

“Labour MEPs will always defend our NHS - we will not stand by and let Theresa May's failing negotiations lead to the NHS becoming a Brexit casualty."