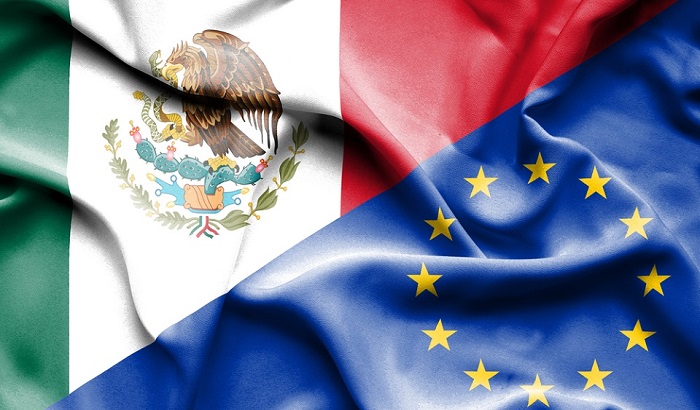 The updated EU-Mexico trade agreement, reached over the weekend, will result in zero duties on nearly all goods, including agricultural items - yet another reason the UK must remain in the customs union if it leaves the EU, Labour MEPs have said.

Under the agreement, Mexico will remove its high tariffs on many key EU food products such as pasta, chocolate, cheese, apples, pork and poultry, leading to an increase in EU exports of those products; meanwhile a UK parliamentary committee this week warned that without access to European markets, British exports of processed foods such as chocolate, cheese, beef and pork will suffer, while consumers will face higher prices and less choice on supermarket shelves.

The agreement also contains binding commitments to protect workers' rights, and protect environmental and climate standards, and is also the first EU trade agreement to tackle corruption, including measures to fight bribery and money laundering.

“The EU-Mexico trade agreement follows the finalising last week of free trade agreements with Japan and Singapore, and shows that while UK ministers just talk and talk about trade, the EU walks the walk, signing new trade partnerships that will benefit EU consumers and businesses, highlighting once more how vital it is to remain in the customs union.

“Day by day the evidence piles up that leaving the customs union will be disastrous for UK consumers, business and the whole economy. The latest report from the business committee, highlighting the impact on the food sector of no deal, shows that from chocolate and cheese to pork, exporters will suffer, and the shelves will run dry - while if we remain in the customs union, not only will we maintain access to EU markets, but gain tariff-free access to new markets as well, from Japan and Singapore to Mexico.

“Another important element of the EU-Mexico trade agreement is the continued acknowledgement from the EU of workers’ rights and environmental standards in trade deals, something the Tories would be highly unlikely to maintain if negotiating deals on their own.”

“Tory ministers made big claims at last week’s Commonwealth Summit that they would make progress on new trade deals, on which they’ve once again failed to deliver, while the EU just gets on with it, adding Mexico to Japan and Singapore in the past few days alone.

“And while a Tory minister faces investigation for breaching money-laundering rules, the Mexico deal will be the first EU trade agreement to include measures to prevent and combat corruption, including making bribery a criminal offence for government officials, strengthening internal controls, external auditing and financial reporting, and tackling money laundering.

“Analysts predict Mexico’s economy will be the world´s seventh-largest by 2050, and offers many opportunities for British businesses. It is essential the UK does not leave the customs union and put up trade barriers with the EU and by extension Mexico and every other country the EU has a deal with.”