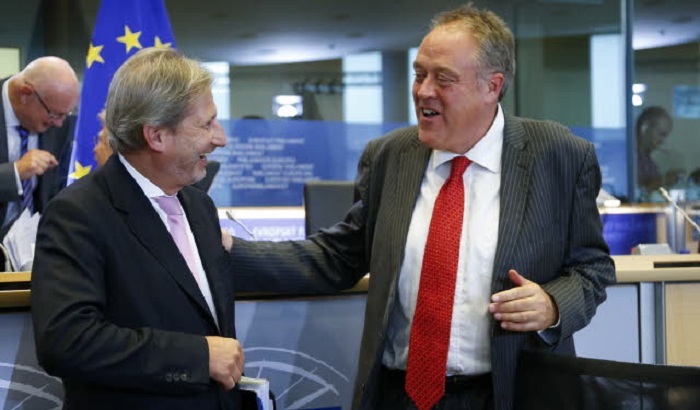 Richard Howitt MEP, Labour MEP for the East of England and Group coordinator in the committee, who led the questioning of Mr Hahn, said:

"To show how the European Parliament is making a difference, we propose removing the word 'negotiations' from the European Commissioner's title. We fought hard to get the word 'enlargement' into the title but as a result of the hearing process we hope it can become simply 'European Commissioner for Neighbourhood Policy and Enlargement'. This will send a strong political signal that the aim is not just negotiating but actual EU membership for Turkey and the western Balkan countries.

"The mention of "Enlargement negotiations", instead, sends confusing signals to both candidate and potential candidate countries. Enlargement is, indeed, a process that starts well before the accession negotiations, promoting a positive transformation from the very early stages and we all need to support it.

"Although the commissioner-designate comes from Austria, a country with the least support for EU enlargement, we need to ensure that the commissioner's nomination is not seen as a sign of enlargement fatigue in the EU today but of the real determination in Brussels to overcome it in public opinion in Britain and throughout the member states."

"Labour MEPs attach great importance to both enlargement and neighbourhood policies because they help Britain and every EU country to be more secure, more prosperous and to have greater influence. We expect the new Commissioner for European Neighbourhood Policy and Enlargement to work hard on these two vital areas to promote the values of the EU, values of prosperity, stability, peace and democracy."