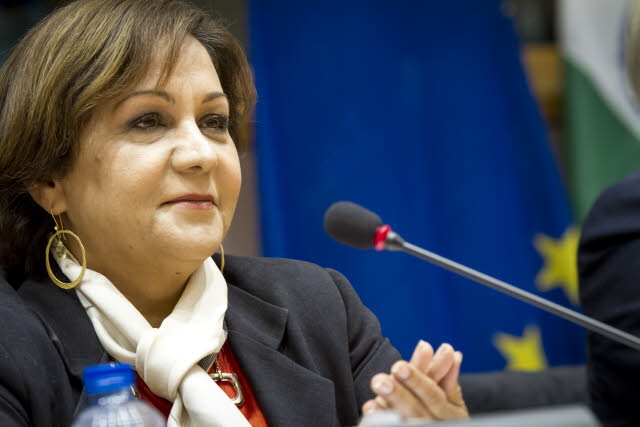 The European Parliament has today backed a Labour MEP's proposals to protect taxpayers against having to bail out corporations if times get tough.

“This is a vital step in stabilizing markets across Europe” said Neena Gill MEP who, as the lead MEP on this legislation for the European Parliament's Economic and Monetary Affairs (ECON) Committee, has been a key voice in shaping this legislation.

“In my constituency in the West Midlands, I saw the detrimental effects of the 2008 economic crash and the burden that was put on local authorities and taxpayers – this legislation will help to reduce the risks of this happening again. Hard-working people should not have to foot the bill for large corporations who expect governments to pick up the pieces when times get tough”

The proposed legislation would create new regulations for Money Market Funds (MMFs) which represent a one trillion euro industry. The funds are used as a cash management tool by a variety of different organisations from small charities to large multi-nationals. They are used by many as a safe and reliable place to store cash until the next payroll as they offer a low-risk, low-return short-term investments. They are also important for holding short-term debts for banks, local authorities and central government – helping to make the European economy less reliant on bank funding.

Neena Gill added:  “I know how important these funds are for all sorts of companies. I used to run a housing authority and I know that funds like these offer them a low-risk way of investing their money. That’s why it was really important to make sure we didn’t kill these funds but diversified and stabilized them.

“After a long period of deadlock on how to manage these funds, we had to come up with a fresh approach to this problem. It has been a hard-fought battle getting this legislation to pass - I consulted with businesses, parties from the left and right and top economic advisers to come up with reforms that are good for business, the economy and most importantly EU Citizens.”

Investing in MMF shares is often seen as a substitute for a bank deposit. MMFs offer many features comparable to bank deposits: instantaneous access to liquidity and stable value at redemption. But MMFs are not covered by a bank deposit guarantee and the value of a share fluctuates in line with the price of the debt instruments that an MMF invests in.

During the 2008 crisis, investors, primarily the large private sector companies, withdrew their cash rapidly from these investments, leaving the taxpayer with the heavy burden of supporting these funds. This legislation makes these funds more transparent, liquid and stable in order to prevent this happening again.

This stability coupled with reforms that introduce a new type of MMF that will inject cash into the European investment markets – will offer a boost to economies across Europe. These stronger more stable economies will help nations on the road to recovery and ultimately create more jobs across the continent.

Commenting on the need to reach a deal on this complex issue, Neena Gill added: "I strongly believe we have a sound and stable agreement that will address the concerns raised about these funds as the result of the financial crisis in 2008. We have taken sufficient action against the vulnerabilities of MMFs through stricter liquidity, diversification requirements, a ban on sponsor support and a strong sunset clause. It is important that we get this regulation on the statute books, sooner rather later."

The legislation is now subject to negotiations between the European Parliament and representatives of the national governments in the Council of Ministers.