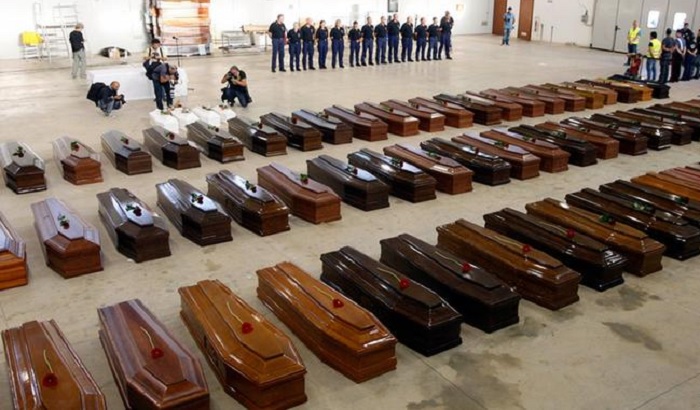 Claude Moraes MEP, Labour MEP for London and chair of the European Parliament civil liberties, justice and home affairs committee, responds to the UK government's withdrawal of support for the EU's rescue operation for migrants crossing the Mediterranean:

"Saving lives is not an issue of encouraging or discouraging migration - nor is it a push or pull factor. It is a moral duty to save those in distress at sea. It is a matter of observing the basic norms of maritime law.

"Human traffickers will not lose business because we do not assist boats in distress. People take the risk of the perilous journey because there is still hope that they will survive the crossing and it is still the best option they have.

"As chair of the European Parliament's committee responsible for monitoring FRONTEX and the other agencies specifically tasked with border management in the Mediterranean, I will be pushing for an inquiry into the ethics and resources being utilised by Member States in the this region.

"Studies show that up to 22,000 lives have been lost in the Mediterranean over the past 26 years. This is an atrocious number with horrific stories of people perishing at sea. Migration into the EU must be managed, as should migration into the UK specifically. We have to ensure that clear rules are in place so that those making the transition into this country know what their obligations are and the government has a chance to ensure that it is fair, of benefit to the UK and concerns such as undercutting wages of local workers are properly addressed.

"But thinking that deaths at sea is a deterrent and that rescuing those in distress at sea is a pull factor, is an incredibly inhumane policy for any government to pursue. If in Europe, the UK along with other Member States are not able to work together to ensure that we don’t have a grave yard in the Mediterranean each year, then what is the hope for other areas of the world where resources are much, much scarcer.

"Mare Nostrum has been applauded by many for the work that has been carried out and the lives that have been saved, up to 150,000. But let's be clear, the EU has no specific funding for search and rescue operations, it is carried out as part of the border management operations and due to the maritime obligation to save boats in distress. Triton, the programme that will replace Mare Nostrum, will only have a third of the resources.

"It is astonishing that the UK government claim that the rescue operations have been encouraging more migrants to come to Europe especially considering the fact that the top ten countries which receive the most refugees feature not one single European country, but include many developing countries according to the UN."